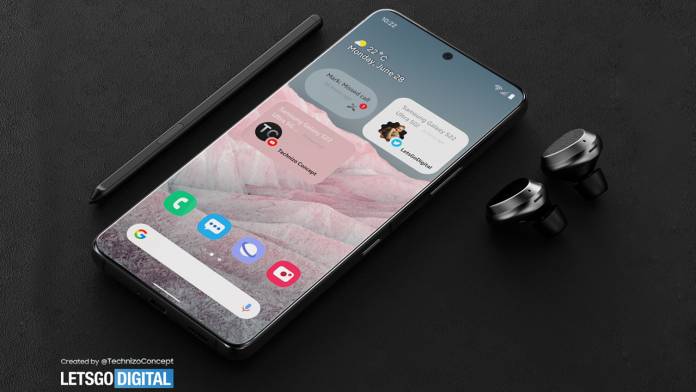 Galaxy S22 series is coming in January 2022 and there’s some inside information on the selfie camera setup on the display. So much information has been around in the cloud about the next flagship Samsung device, and this new leak adds to the ever-growing list. The bad news is, the phone will not utilize under-display camera technology. This coincides with a recent report which said that Samsung doesn’t intend to go with the under-display camera way for the upcoming S22 series.

This new development comes courtesy of one of the most trusted tipster, Ice Universe. According to him, the Galaxy S22 series has a camera hole-punch setup which is a clear indication of the absence of the latest display technology for masking the selfie camera(s) for a more aesthetic look.

As per the earlier report and this fresh information, Samsung wants to play it safe with no major changes to the design language of the next big phone in its lineup. So, it is safe to assume, Samsung intends to give the Galaxy S22 series a similar look and feel to the highly popular S21 series.

Samsung however offers the under-display camera technology on the Galaxy Z Fold 3, and it is apparent, the 4MP camera quality isn’t top-notch on that flamboyant device. Reason enough for The South Korean giant to bite more time in implementing the technology for its mainstream flagship smartphone lineup.

The absence of an under-display camera will not bother most of the users though, as they will take premium camera capabilities over the nuance of non-visible cameras any day. It is speculated, that Samsung will give it a shot for the Galaxy S23 set to release in 2023.