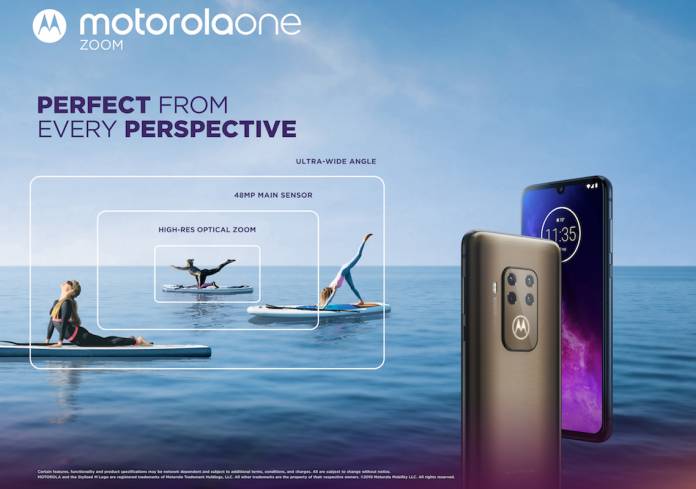 Images of the Motorola One Zoom appeared more than three weeks ago with a 48MP quad-camera. It’s expected to arrive during the IFA 2019. It’s also known as the Motorola One Pro but now it’s definite as the Motorola One Zoom. We’ve had a glimpse of the phone and the renders actually turn out to be true. At this year’s IFA event in Berlin, the Lenovo-owned company has proudly announced the new Motorola phone that is actually a budget-friendly phone. Believe it or not, it may have multiple cameras but it’s just a budget phone.

The quad-camera system is headlined by a 48MP sensor with PDAF and f/1.7 lens from Motorola. Pixel data are combined to create a 12MP final image. It also includes a depth camera, 8MP telephoto with 3x optical zoom, and a 16MP ultra-wide camera. The 25MP selfie shooter also takes advantage of the Quad Pixel system and a dual-LED flash. 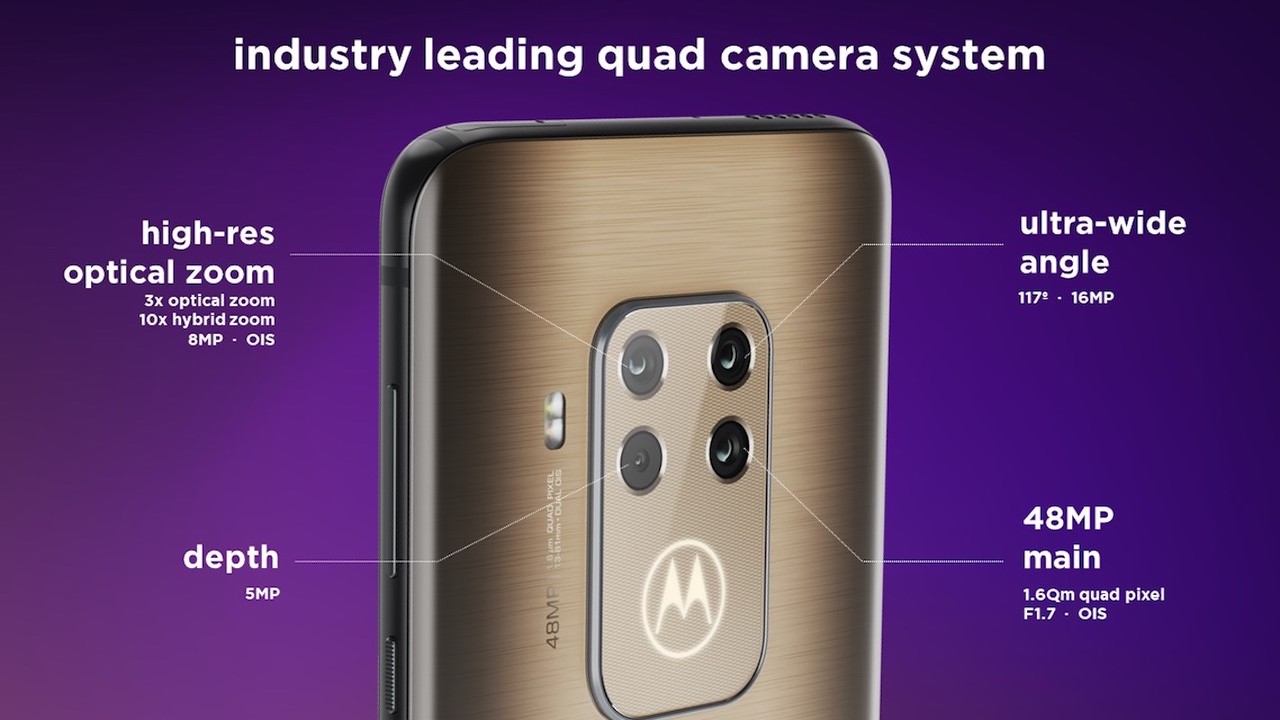 Phone build is made of a polished aluminum frame. You can choose from Cosmic Purple, Brushed Bronze, and Electric Gray. At the back, you will see the very obvious camera bulk.

The Motorola One Zoom is now available in the United States. It’s unlocked for T-Mobile and AT&T among others. The phone reaches Europe with a 429 euro price tag, today September 6. The Amazon exclusive version with Alexa is also now ready in Spain, France, Italy, Germany, and the UK.