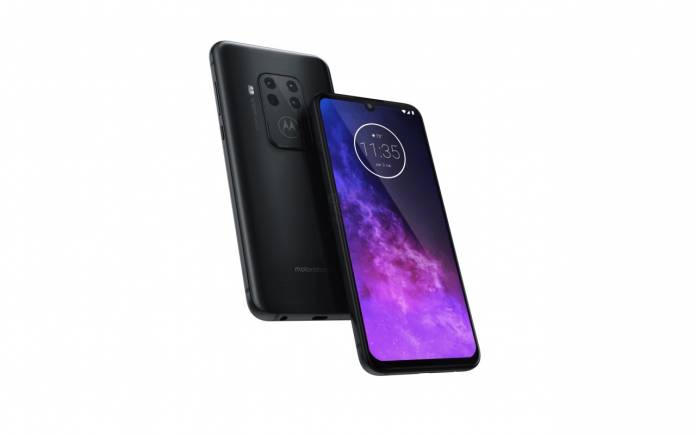 At the upcoming IFA event next month, Motorola will introduce a new phone. We’ve been expecting it will be the Motorola One Action but there’s also a possibility of a Motorola One Zoom. The latter is more intriguing because of the quad-camera setup as per the latest images that surfaced. The Motorola team is said to be part of the Motorola One series coming after the One Pro and the One Action. The name ‘One Zoom’ tells us the focus of the phone could be the camera–that it’s able to zoom into a far distance.

There is no certainty the phone will run on Android One like the other models from the series but the Android 9.0 Pie version installed here could still be the pure version with less bloatware.

Motorola One Zoom is expected to have four rear cameras with the main sensor having 48 megapixels. The rear cam is already premium but we’re expecting the device will only be mid-range. The quad camera system will use quad-pixel technology that works by combining four sensor pixels to form a pixel of a photo. The pixels are merged to create images with 12MP resolution.

Motorola is also adding a wide-angle lens plus a 5x zoom camera. There is no confirmation but it could be hybrid zoom offering some lossless magnification. The fourth could be a depth sensor. We’re also looking at a pair optical image stabilizers.

Possible specs of the Motorola One Zoom include the following: 6.2-inch AMOLED screen, FHD+ resolution, small notch, under-screen fingerprint reader, USB Type-C port, 3.5mm headphone jack, and a loudspeaker. Price could be around €429 ($480)–making it mid- to premium already.

The IFA 2019 in Berlin is the nearest important tech event. The phone could drop with other Motorola smartphones like maybe a Moto E6 Plus and the Motorola One Action.