Motorola is set to announce a new duo. Nope, not new Moto phones from Lenovo. This time, the company is releasing Motorola-branded phones–the Motorola One and the Motorola One Power. That’s two new smartphones from the company that was once a leader in the mobile industry. These phones are different from the rebranded Motorola phones recently made available on Cricket Wireless. The Moto One Power was sighted in the wild last week and we thought it could just be called the One.

New information has popped up that Motorola is working on the two. We’re not sure if they will be unveiled together but we’re assuming these two are different and yet the same in many ways. The “Power” in the name may mean a bigger variant with a bigger screen–a more powerful device with perhaps a larger battery.

Motorola could be launching the new Motorola One series. This could mean more Motorola One and One Power phones will roll out in the coming years. There is no confirmation by Motorola or Lenovo yet but we have no reason to believe the sources. It’s exciting to think that the Motorola group wants to give the brand a new lease on life as “Motorola” and not just release Moto phones.

Design-wise, the Motorola One and Motorola One Power are similar. There doesn’t seem to be any difference at all just by looking at the image above. We see a wide notch and some chin in front and a dual camera system in a vertical orientation with flash on the rear. The display is almost edge-to-edge, therefore, almost bezel-less. The Motorola logo is found at the back. The two cameras appear to separate modules and not one. 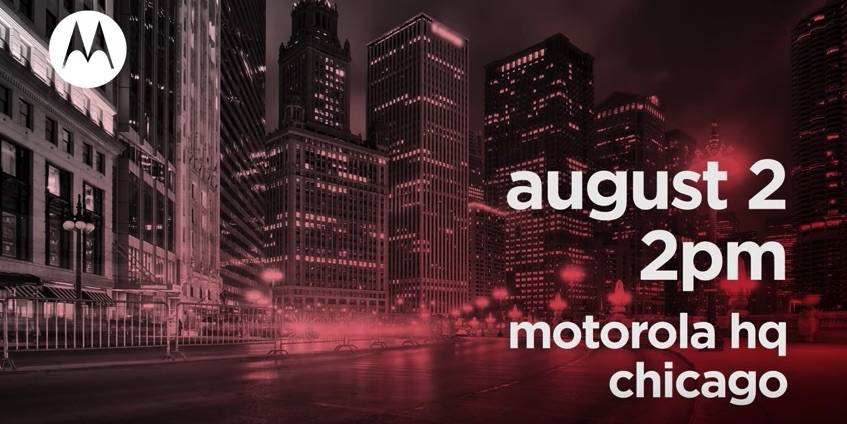 Color options, for now, are just black and white but we’re hoping more colors will be ready. No word on pricing and availability yet but we’ll let you know as soon as we hear more details on August 2, 2 PM, during the launch at the Motorola headquarters in Chicago.