Motorola is scheduled to launch the Motorola One and Motorola One Power. The two will run on Android One and we’re certain of the pair’s arrival since the Power model recently hit TENAA. As we all know, reaching the Chinese FCC is a clear hint the product is coming soon. The listing shows photos of the Motorola One Power and a specs sheet that tells us almost everything to expect. You see, the phone is real and we believe this is one of Lenovo-Motorola’s many moves to bring back and reintroduce the Motorola branding.

The Motorola One Power will come equipped with a large 6.2-inch screen, 2246 x 1080 pixel resolution, 8MP front-facing camera placed within the notch, dual 16MP and 5MP rear camera setup for better bokeh, 3GB/4GB/6GB of RAM, 32GB or 64GB onboard storage, microSD card slot for memory expansion (128GB max), 1.8GHz Qualcomm Snapdragon 636 processor, and a 4850mAh battery. Out of the box, the smartphone will run on stock Android 8.1 Oreo and Android One.

With Android One, this Motorola One Power can compete with other phones such as the Nokia 6.1 Plus, Xiaomi Mi A2 Lite, and Sharp S3. It follows the Moto X4 as another Android One unit from the company. 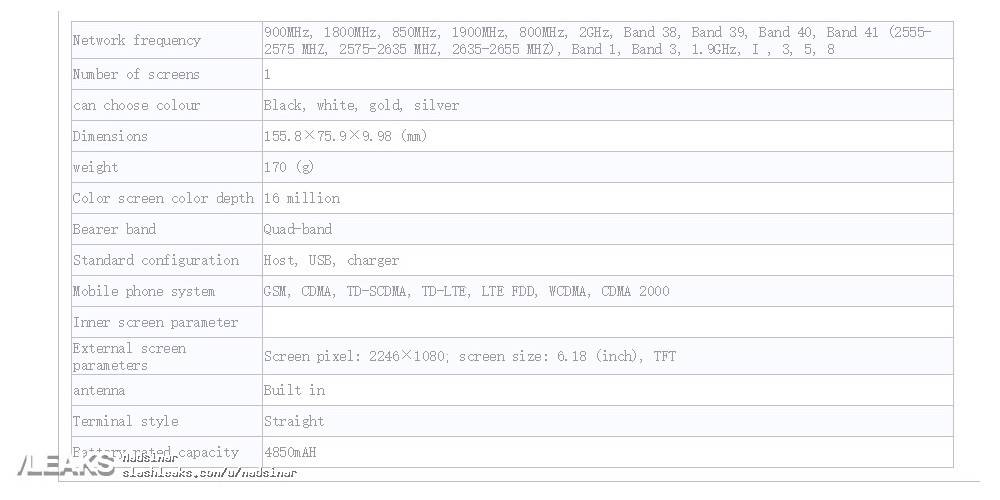 Motorola One Power refers to “power” because of the powerful battery. The device can last long enough on a single charging. We’re not sure about the official market release but we know public unveiling will be on August 2, Thursday—a week from now.

Color options of the Motorola One Power will include Silver, White, Black, and Gold. No information on pricing but we’re assuming it will still be within the mid-range price point together with the entry-level Motorola One.