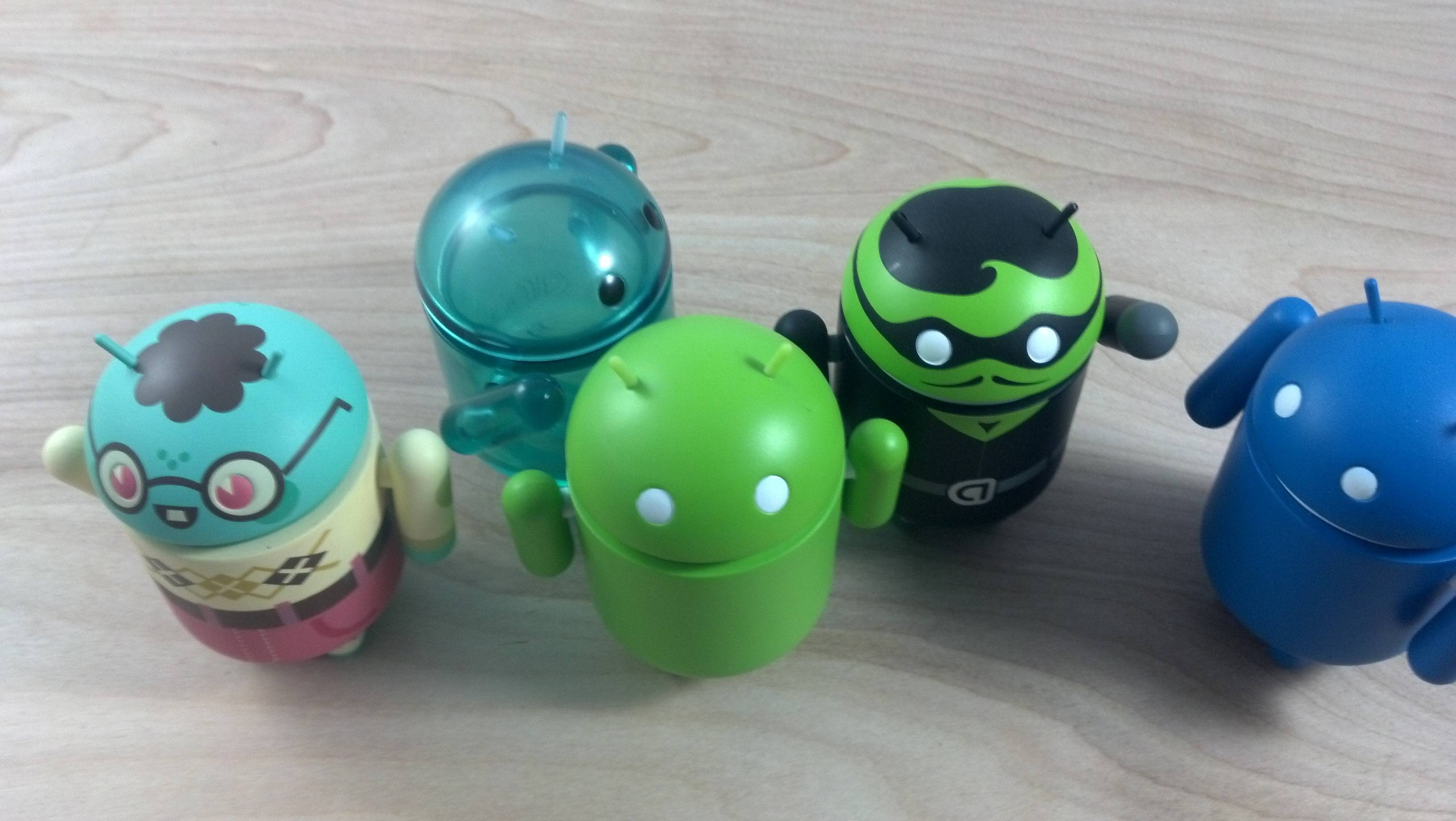 Motorola’s DROID RAZR (just the RAZR for international users) is every bit the leap forward in phone aesthetics as the original RAZR was way back in the day. But it’s a hollow victory: despite the shocking thinness and jet fighter style, the RAZR does little to rise above its contemporaries in actual hardware capability or utility. Enter the DROID RAZR MAXX, a very slightly adjusted version with an extra millimeter or two and a battery capacity that nearly doubles the original, released just two months after for the same price on Verizon. So the question for new buyers is: form or function?

We don’t usually do this, but if you want to save a few minutes, go back and read our review of the Motorola DROID RAZR from November of last year. As far as the hardware goes, the MAXX is almost exactly the same. Come back here when you’re done. Still with me? Here goes. The only physical difference between the DROID RAZR and the DROID RAZR MAXX is that the Kevlar-checkered back panel curves less coming from the 8MP camera and speaker bump, making more of a natural slant to the bottom of the phone than a sharp curve. This extra girth to accommodate the battery makes the phone 8.9mm thick – considerably thicker than the RAZR, yes, but still as thin or thinner than any LTE phone on Verizon. The only LTE-enabled device that even comes close is the Samsung Galaxy S II Skyrocket over on AT&T.

The extra thickness and weight actually make the phone a little easier to hold – instead of biting into the side of your hand as you expend extra grip on tapered sides, it rests naturally on your palm, like a “normal” phone. That also makes the relatively large 4.3-inch screen easier to use for extended periods. Otherwise, it’s exactly the same phone you love… or don’t. The awkwardness of the top-mounted charge and HDMI ports, not to mention a tough tiny door for the SIM card and MicroSD card (16GB included in the $300 asking price) are counter-balanced by the rock-solid build quality and highly polished feel of the device. 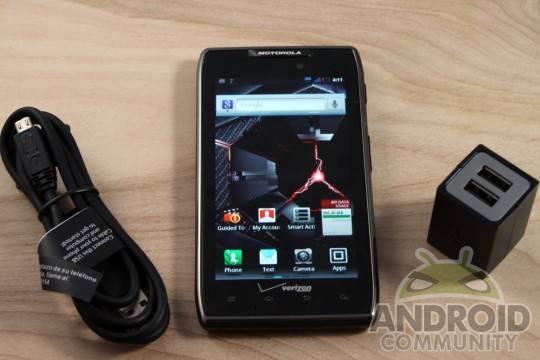 Remember when I said that the hardware was almost exactly the same as the DROID RAZR? Doubly true for the software. As a matter or fact, I’m convinced that it’s exactly the same software, as the “Model number” entry in the About Phone section of the Settings Menu says “DROID RAZR”. Take that as you will: Motorola’s highly customized version of Android 2.3.5 is solid and reliable, though it’s a long, long way from stock. The Smart Actions app seems to be doing a  lot of work in the background. There’s a lot of bloatware apps, some of which can be removed and some of which can’t. I’d be excited about the prospects of custom ROMs working on both the RAZR and the RAZR MAXX – if it weren’t for the fact that both have locked bootloaders, and likely will for the length of their retail lives. 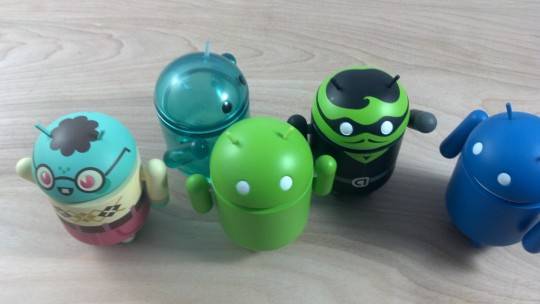 The RAZR’s AMOLED screen returns to make photos and videos pop off of the device, and it’s more than suitable for extended watching. Thanks to that massive battery, you’ll be doing a lot of it, too – more on that later. Thanks to a protracted run time, most users can leave the screen brightness as high as they like – a definite bonus. Photos and videos taken with the 8MP 1080p camera are good, but not spectacular. Like most tiny sensors crammed with eight million pixels, blur and artifacts crop up as soon as you leave ideal lighting behind. Call quality is good, but not great. We got much better results with the LG Spectrum in the same location.

This is the proving ground: where we learn whether an entirely new model of RAZR (and the ire that Motorola and Verizon have received from early adopters) is justified. In a word, yes. Cramming in a 3300mAh battery – nearly double the capacity of the original RAZR – into a body this thin and light is nothing short of a technical marvel. The largest of 1st-generation LTE phones couldn’t manage a package this comfortable even with much smaller batteries, and as we’ve learned over the last year, increasingly powerful hardware and a fast LTE connection demand it. 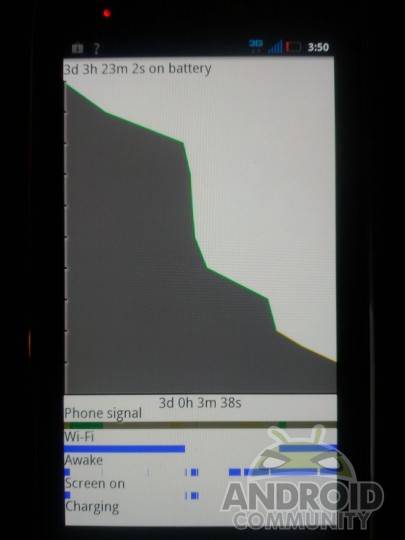 So, what’s the RAZR MAXX’s battery life? Your mileage will vary, of course, depending upon your usage patterns and area. My experiences over a week of use lead me to believe that no ordinary user could exhaust the RAZR MAXX’s battery with a single day of normal use. When left alone, the phone draws almost zero power on idle – or at least seems that way. When in active use, the draw is a little more believable, but outlast every single phone we’ve ever tested with a standard battery, and most of the extended batteries as well (which, in many cases, are in the 2500mAh range).

As I write this review, the DROID RAZR MAXX sits next to my keyboard begging me for a charge. To get it into this state took some doing: it’s been mostly idle for just over three days. But I didn’t want an example of how well the phone could do sitting in a cupboard, so I tracked my usage including a couple of torture tests. I estimate that there’s about three hours of web browsing, another hour of talk time, and plenty of quick text and email checks spread throughout the trial. 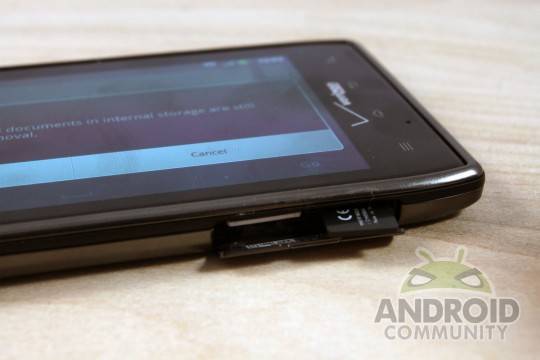 At two occasions I attempted to drain the battery as quickly as possible. The first was streaming a 2-hour Netflix movie at full screen brightness, maximizing the use of the screen, data connection and processor all at once. After two hours, the battery had dropped about 25%. Later I spent an hour and a half using the phone as a wireless tether, which cost about 15% of the remaining juice. Either of these activities would strain any other phone, and would leave my Galaxy Nexus gasping for some electrical breath.

It’s not all good; the enclosed RAZR design means you can’t remove the battery if you somehow manage to drain it all in one day. And strenuous activity like that Netflix movie will still cost you dearly – though I’d estimate that you could get through 3-4 full-length films before petering out. But there’s no denying that the DROID RAZR MAXX is the longest-lasting smartphone out there, bar none. 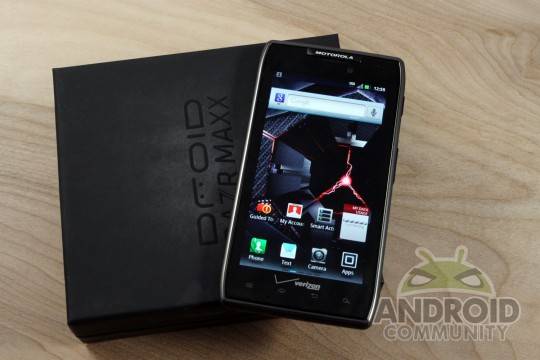 If you’re trying to decide between the DROID RAZR and DROID RAZR MAXX, stop. You want the MAXX. A little less fashion appeal is absolutely worth it for the best in a short field of all-day battery champions. I only wish that customers were given the choice two months ago, or at least before their return period was expired. There’s no way around it: that’s a jerk move. Even so, if you want a Verizon and/or LTE phone that goes the distance, and can forgive the anti-modder locked bootloader, the MAXX is your man.