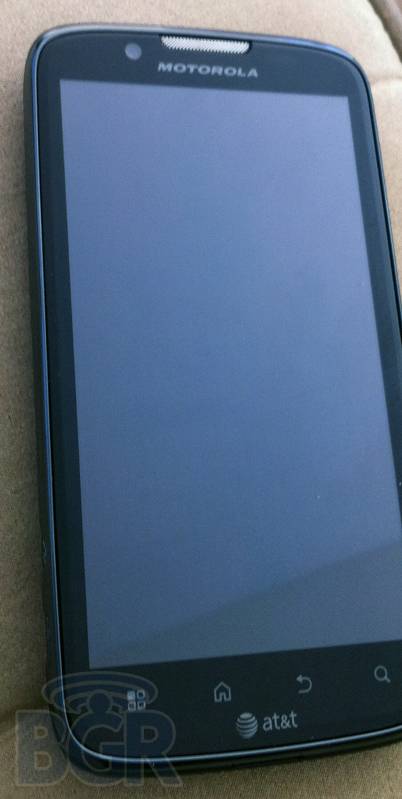 Internally known as the Motorola Edison we now have even more pictures today of the upcoming Motorola Atrix 2. The next version of the Atrix was first leaked way back in July and was being called the Atrix HD so we are still up in the air regarding the actual name. With a few design changes and a new placement for the AT&T logo this looks to possibly be the final version we should see hit the shelves soon. More details and pictures after the break.

There was also a few rumors that the next Atrix could be a 4G LTE device and now that AT&T has finally started the rollout of that network it would make sense. According to sources this is not the case, and the Atrix 2 will not feature AT&T’s new 4G LTE. That could end up being a big con when this has to compete with the likes of the Bionic and the Photon 4G from other carriers. I can clearly see a “4” in the notification bar so it could be a HSPA+ 4G phone. Just like initial leaks suggested the Atrix 2 features a 4.3″ HD display although we aren’t sure on the 720p resolution or not. A 1.5 Ghz dual-core processor, 1GB of RAM, an 8MP camera on the rear like shown in the photos and more. 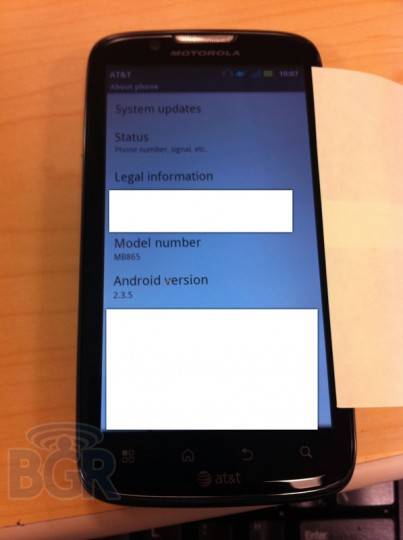 We have Android 2.3.5 on board like the image above suggests, along with the latest version of Motorola’s user interface like we saw on the DROID Bionic, and even though the sources say this isn’t a 4G phone if you look close you can make out a “4” in the notification bar for the network status indicator. I’m going to take this leakster with a grain of salt for now because I just can’t see AT&T release this without the new 4G LTE they’ve just rolled out this week.

Either way check out the rest of the photos in the gallery below and let us know what you think about the Atrix 2.