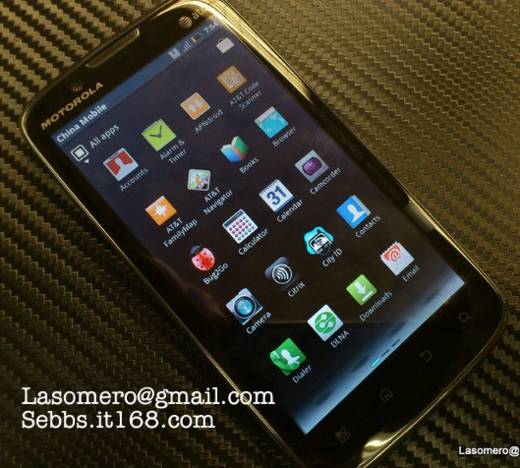 We recently saw a large collection of leaked pictures of a new Motorola phone headed to AT&T. It is believed to be the Motorola Atrix HD or maybe just the Atrix 2. The screen has some curved glass and is larger than the original Atrix. Now we are hearing even more details on this device that sound quite nice.

Not only will this be an upgrade to the original with a larger screen and what we believe to also be a 720p HD display, but new reports are even saying this phone might be one of the first devices to launch on AT&T’s new 4G LTE network. Yes they’ve called phones 4G as of late but that is more of a marketing term until they finally get the real goods out and that is 4G LTE like Verizon is currently pushing.

The leaked images of the Atrix HD have some details along with them and apparently there was area codes of specific AT&T 4G LTE networks listed as well as a few other indications that it will indeed be LTE powered. With the Droid Bionic delayed again if AT&T can get this thing out in time it appears Verizon and the Bionic might have some pretty strong competition. This device looks like it might be the Bionic’s twin but for AT&T.

Interesting additional details that I’m sure many of you on AT&T that have been eying the Bionic are probably happy to hear. Now hopefully we start learning more about AT&T’s LTE networks in the coming weeks.