After weeks of leaks, rumors, and tears, Huawei has finally announced the new Nova 4 phone. Moving on from the Huawei Mate 20 series, here is the Huawei Nova 4 ready to bring innovation when it comes to the display technology. A few weeks ago, we noted that the top Chinese OEM would compete with the Samsung Galaxy A8s with a hole-screen smartphone. The Nova 4 has arrived with a cutout-hole-screen display. That camera hole plus dual cameras were confirmed by some hands-on photos.

Actually, we already saw the cutout-camera hole in the screen when the Honor View 20 was presented. We also noted the Honey Red color and we were just anticipating for the December 14 launch.

The weekend has come and we’ve finally got a glimpse of the new mid-range phone from Huawei that can very well compete with other premium flagship devices from other brands. This Huawei Nova 4 directly rivals the Samsung Galaxy A8s–also one of the firsts to use an in-screen front-facing camera.

The setup allows for an almost bezel-less display. We can still see a forehead and a chin. Also making this a winner is the 25MP selfie shoot. There’s also an ambient light sensor plus a micro-slot earpiece.

Huawei’s newest phone comes equipped with a 6.4-inch screen, 2310 x 1080p resolution, Kirin 970 chipset, three camera sensors, 8GB RAM, and 128GB onboard storage. When it comes to imaging, there are three rear cameras with a wide-angle sensor, a primary sensor (middle), and a small sensor for bokeh effect. 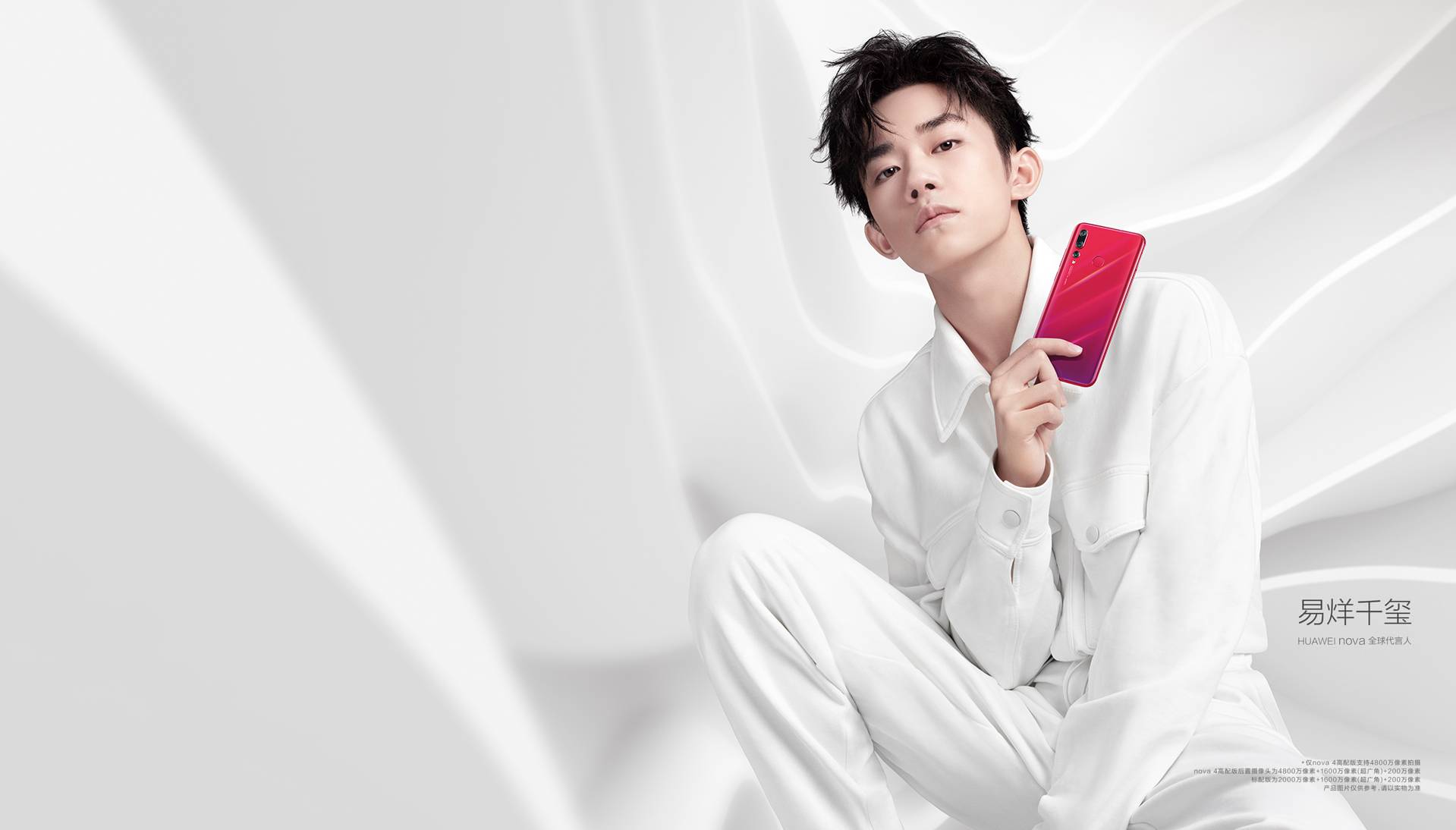 You can choose between two camera configurations: 20MP primary camera and a Sony 48MP (IMX586) smartphone camera sensor. It was Huawei who successfully implemented the 48MP sensor ahead of Xiaomi with the same 48MP camera phone plan.

VMALL already lists the smartphone in China. Color options include Red, Aurora Blue, Black, and White. Price is at ¥3399.00 which is about $493.