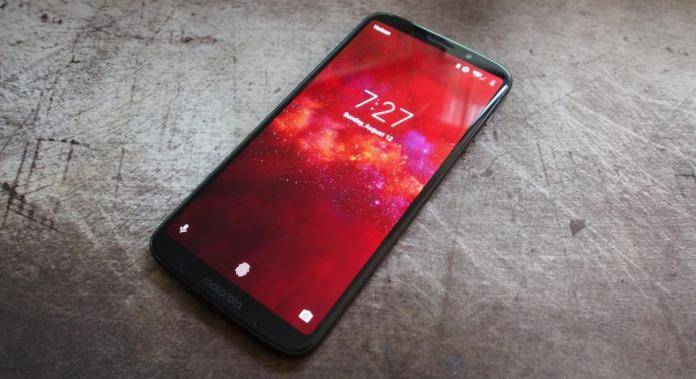 The Moto Z3 was finally and officially announced last week after months of leaks and speculations. We first saw those Moto Z3 Play image renders and 360-degree video shared online and that KARBON SHIELD case for the unannounced phone. We were expecting dual cams and smaller bezels. Details were uncovered before the official launch and soon we heard everything we needed to know about the Moto Z3 Play. We then learned the Moto Z3 Force isn’t happening this year. A regular Moto Z3 is introduced instead but with more good news: it will be compatible with a 5G Moto Mod.

Lenovo-Motorola’s Moto Z3 phone is a 5G-ready modular phone. It’s another first in the mobile business as it will be the first devices to connect to Verizon’s 5G network. The mobile connectivity is still a new technology which needs further testing and development.

We’ve been saying 5G would be commercially ready by year 2020 but looks like mobile carriers and tech giants are more advanced than expected. We know a lot of firms are teaming up to work on 5G technology and standards and 5G connectivity trials.

In 2019, the 5G Moto Mod will roll out for the Moto Z3. We’ve managed to get our hands on one and we’re ready to share with you what you need to know about the phone and the future of 5G. The detachable accessory isn’t available yet but it’s real and is being manufactured. We don’t see any reason why Motorola won’t be able to deliver and meet the schedule because the technology is almost ready.

Motorola, Verizon, and Qualcomm teamed up to make the 5G mod. It will be an exclusive Verizon offering. This is similar to the Motorola Z3 Play but with minor differences. Well, the color is just one. The Moto Z3 is set in ceramic black while the Moto Z3 Play is in deep indigo.

The 3000mAh battery is enough but if you want more, you can still use a Moto Power Pack Moto Mod. The price is affordable at $480 even with almost premium specs. There is no headphone jack so that may be a dealbreaker for some people. We don’t like it either but it may be something we can forget about if the 5G will deliver the speedy connection we’ve always wanted.

The 5G Moto Mod is an idea we want to see become a reality. We believe it will and it’s only a matter of time. Verizon is launching the 5G network soon after years of trials. It will be months from now before we can truly say the 5G Moto Mod is worth every penny. At this point, it’s nice to think about the future of 5G. It will be fast, no doubt, but Verizon and other companies will need to prove a lot of things to many people.

Verizon already has a headstart in the United States and we know 5G will be available in key markets such as Los Angeles, Chicago, Philadelphia, Houston, and New York among others. We mentioned before that 5G is closer than we think as Verizon successfully completes more tests.

For an Android smartphone just priced below $500, the Moto Z3 can be a good buy because of the almost premium specs. It’s only a 4G LTE phone but the 5G Moto Mod will completely transform it, at least, if we’re going to talk about mobile Internet speed.