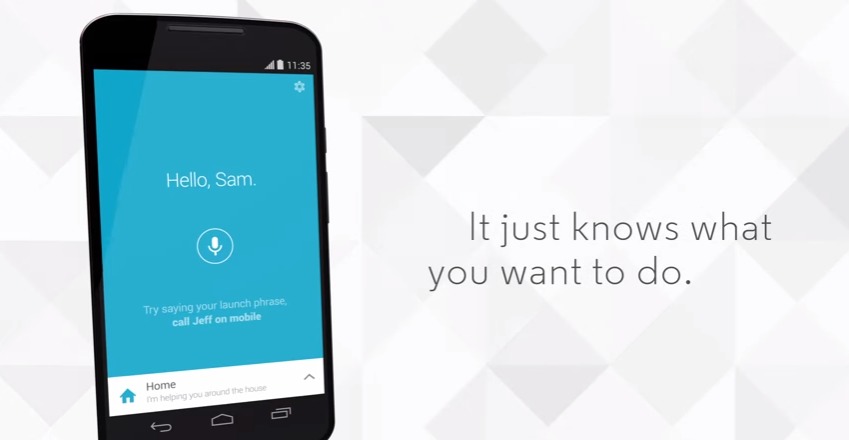 Swiping and typing on your smartphone is so like 3 years ago. As more people begin to discover the joy of ordering your device around through the power of speaking, OEMs will continue to develop better voice controls for their smartphones and tablets. Motorola has now renamed and revamped Touchless Control into Moto Voice, and it will now work with the Japanese tech company’s recently announced new devices like the Moto X (2nd generation) and the Moto Hint.

With the official announcements of their new devices out of the way, Motorola is now releasing updates to their apps, and first and foremost is the old/new Moto Voice, With a new name and even more customizable options, future owners of the new Moto X and Moto Hint (a bluetooth mono earbud) will enjoy using voice commands with their smartphone. You can now make your own launch phrase, from a simple “Hello Moto X” to something more in line with your personality like “What’s Up Moto X” or “Moto X I command thee”. It now also has voice command support for more apps. You can aurally search for a video on YouTube, post a status on Facebook and respond to a message on WhatsApp.

Other Motorola apps have received minor updates and support for both old and new gadgets. Both the Motorola Contextual Services and Moto Assist can now also be used by the Moto G and Moto E smartphones. Motorola Connect, which makes it easier to have all your Motorola accessories connected in just one app, can now connect the round-faced smartwatch, the Moto 360, as well as the Power Pack Micro, a battery pack and locator for your gadgets.

As for the Moto Voice for older models of Motorola, like the Moto X (first generation), the Droid Maxx, Droid Mini and Droid Ultra, an update to their former Voice Control app will be coming soon. So if you have a Motorola device, you can download Moto Voice now from the Google Play Store for free.