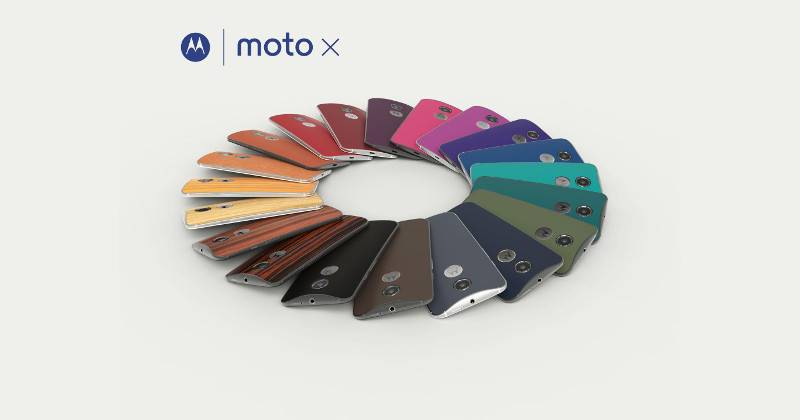 Specs for the new Moto X, back then called X+1 or even X2, have already been leaked and some of them even came true. But it is only when you get the bigger picture that you are able to see how all of those fall into place. Now that we’ve got our eyes and hands on with the new flagship, we can safely say that Motorola has another winner in the making.

The new Moto X is an upgrade in every sense of the word, both in hardware and in software. While the Moto X’s Snapdragon S4 Pro was one or two generations late when the smartphone launched, the latest model carries a 2.5 GHz quad-core Snapdragon 801, quite the latest considering the 805 is still trying to gain traction. The RAM though, remains the same at 2 GB. The screen might be a two-edged sword. At 5.2-inches, it is considerably larger than the first Moto X’s 4.7-inches. But then it does also have a 1080p resolution. Motorola boasts that it spans edge to edge, giving it more display area than the Galaxy S5 which has the same width as the new Moto X. Though larger, Motorola claims it is just as easy to hold and use, thanks in no small part to the handset’s design.

Motorola definitely went for premium here, which means metal all around. Well, except for the back cover, of course. An aluminum metal frame covers the edges of smartphone, and metal accents in the speaker grill and the large Motorola logo on the back emphasize the refined look of the device. The back is curved to make it easier to hold in one hand and the aluminum thins and widens along the contours of the phone to both match that curve and offer an even better grip. Needless to say, with matching customized and personalized Moto Maker covers, no one will mistake the new Moto X for a cheap, plastic toy.

Software is one area where the first Moto X stood out the most, not because of some custom skin but because it offered an almost pure Android experience. That gave it the ability to push out Android updates just days after release, instead of being bottlenecked by testing and integration. That said, the Moto X did offer a set of convenience software features that have now been renamed and substantially improved in the new Moto X. Moto Voice, formerly known as Touchless Control, has been given a few new talents, primary of which is the ability to set your own personalized voice prompt. It also lets you post status updates on Facebook or send messages via WhatsApp and even play videos on YouTube without you even having to touch your device. Moto Assist is Do Not Disturb/Blocking Mode on steroids. It mutes itself automatically when it sees that you are in a meeting, based on your Google Calendar. With “Talk to Me”, it will read aloud messages and incoming callers’ names when you’re driving or optionally when you’re at home. Quick Capture lets you launch the camera app with a quick twist of the wrist. It automatically takes multiple shots when it detects too much movement and suggests the best one. And speaking of gestures, there is a new Moto Actions feature that utilizes the smartphone’s Infrared sensor to let you use gestures to command your phone, like waving your hand over the phone like a Jedi to silence that unwanted call.

Motorola has also upgraded its personalization scheme with a new Moto Maker. While you still get to choose your usual customization picks, Motorola has added a few new choices for back covers as well. In particular, you can now choose genuine leathers, in Natural, Cognac, Navy, and Black, while the wood options remain as Bamboo, Teak, Walnut, and Ebony. Motorola notes that Black Leather and Bamboo will only be available with select carriers. The woods are also Forest Stewardship Council (FSC) certified, so more environmentally conscious buyers won’t have anything to worry about.

Excited for the new Moto X? The smartphone will be coming to North America, Latin America, Europe, and Asia later this month. On select US carriers it will cost $99.99 with a two-year contract. Unlocked, it will carry a $499.99 price tag. There will, of course, be price differences when you buy it through Moto Maker, which will let you choose not only your own style or back cover material but also a choice of 16 GB or 32 GB of storage.