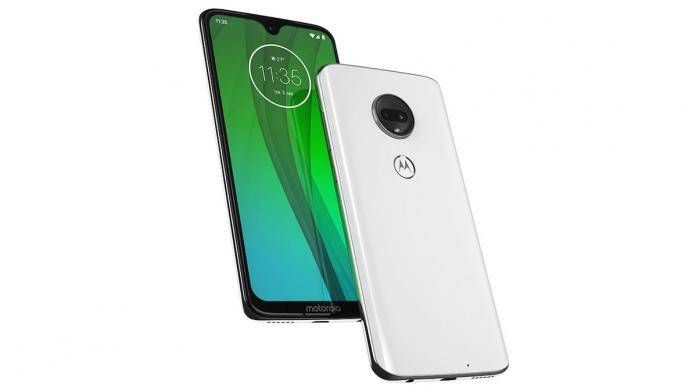 Motorola is definitely launching the new Moto G7 Series. The phone has surfaced on none other than Motorola’s official website before the official launch. It was an “Oops” moment for Motorola Brazil as the page was leaked accidentally. It has since been pulled out but you know how some people are quick to do screenshots and make copies. You will no longer find it on the website but here is how the phone looks like. After several renders, believable leaks, and even live images, we have something legit from Motorola.

To review, rendered images and video of the Moto G7 were presented early in October. They showed dual rear shooters and a teardrop notch.

Moto G7 Play images and details were sighted on FCC. Some pricing details were also published last week. Just yesterday, we featured lived images and more detailed specs of all Moto G7 variants, thanks to a recent leak.

So far, we know about the waterdrop notch and the dual rear cameras. The bezels have been reduced but still obvious. A USB-C port will be present while the headphone jack has been retained.

Moto G7 Plus, Moto G7 Power, and the Moto G7 Play details were also posted on the website. The variants mostly feature the same specs but with lower-res screens. The G7 Power has a large 5000mAh batt. Some Moto G7 Plus features have been enhanced with a 16MP primary rear cam and Snapdragon 636.