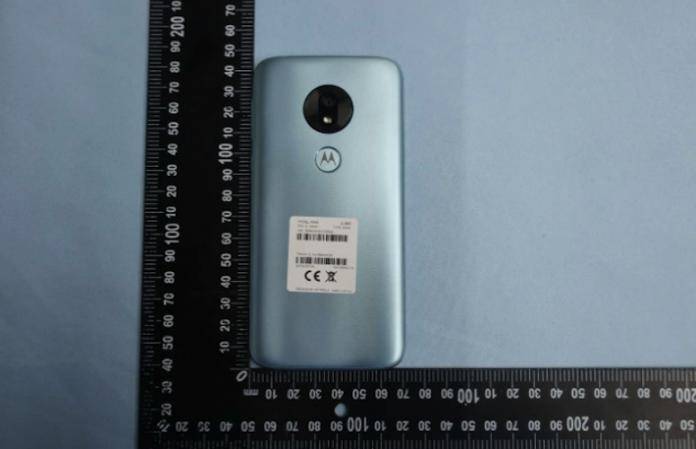 The Moto G7 is safe. It’s something we’ve been telling you since last month when we mentioned Lenovo would discontinue the Moto C, M, and X series. Rendered images and a video of the Moto G7 were presented early. A recent image render showed a teardrop notch and dual rear shooters. Now we’ve got some information about the Moto G7 Play which is another variant of the next-gen Moto G7. It will be another mid-tier smartphone with a notch but only with a single rear shooter.

The Moto G7 Play has recently passed through the FCC. We’re assuming this one follows the Moto G7 and Moto G7 Plus also sighted on the agency’s website.

Moto G7 Play’s details and images surfaced online so we have an idea about the mid-range Android phone. It looks like most Moto phones we’ve seen in the past years.

The Moto phone boasts a notch on the top rear display. It houses the selfie camera, earpiece, and standard sensors. The FCC provides a link to more information and photos of the upcoming Motorola mobile phone.

We can see two color options: Black and Light Blue. It’s not bezel-less yet but we can’t figure out if those are the forehead and chin on the photo.