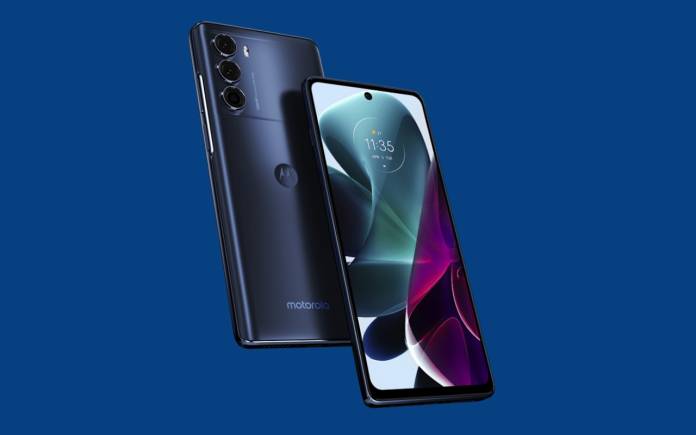 It seems Motorola is one of the busier brands these days. In recent days, we have been hearing new official product launches or rumors related to Motorola. Earlier today, the Moto G Power 2022 was announced. The Motorola G71 details were leaked and the device is thought to be unveiled soon. We also saw the Moto Watch 100 which is compatible with Android but doesn’t run WearOS. Some details about the Motorola Moto Tab G70 were sighted on Google Play Console.

The Moto G100 was announced back in March with Ready For platform. The phone arrived first in Europe and reached the US later with a discounted price. It’s now getting a follow-up in the form of the Moto G200.

The new Motorola Moto G200 comes in Stellar Blue and Glacier Green. It features 8GB of RAM and 128GB of onboard storage. This phone is a flagship-level offering as it uses Qualcomm’s Snapdragon 888 processor. It offers 5G connectivity for super fast mobile Internet. Price tag reads €449.99 ($510).

The main camera system is headlined by a 108MP ultra hi-res camera with Ultra Pixel technology. It is ideal to use even in low light conditions. There’s also an 8MP ultra-wide camera and a 2mp Macro Vision shooter with Dual LED flash. The selfie camera is 16MP.

As with most of the recent Moto phones, this one also works with the Ready For platform. This means you can play game, make video calls, or use apps on a bigger display, monitor, or TV. The system basically lets you stream content from your phone.