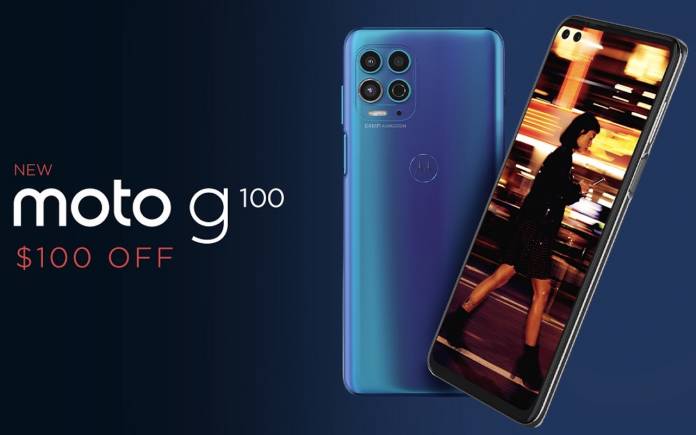 The Moto G100 was leaked earlier and we soon learned it’s just a rebranded Moto Edge S selling in China. The Moto G100 5G was then announced with Ready For platform and was promised for a European release. As one of the few OEMs in the world that doesn’t stop introducing new phones left and right, Motorola is finally releasing the Moto G100 in the United States. The company is even offering a special promo if you decide to buy the phone.

For a limited-time launch, the Moto G100 will be available with a $100 discount. The phone is priced at $599 price tag so the discount will bring it down to $500. That’s somehow affordable but some people may not be convinced about the device.

The phone runs on a 5000mAh battery. It offers sub-6GHz 5G, connectivity plus a 6.7-inch 1080p display with 90Hz screen. The special discount is offered until August 5 only.

We’re assuming the phone will be offered unlocked so it can work on major carriers in the United States like Verizon, T-Mobile, and AT&T. The Moto G100 is powered by Snapdragon 870 processor with 8GB of RAM.

The new Moto smartphone runs on Android 11 on top of My UX. The “Ready For” platform is available. It’s a special feature similar to Samsung’s DeX so you can have a desktop-like experience with your smartphone.