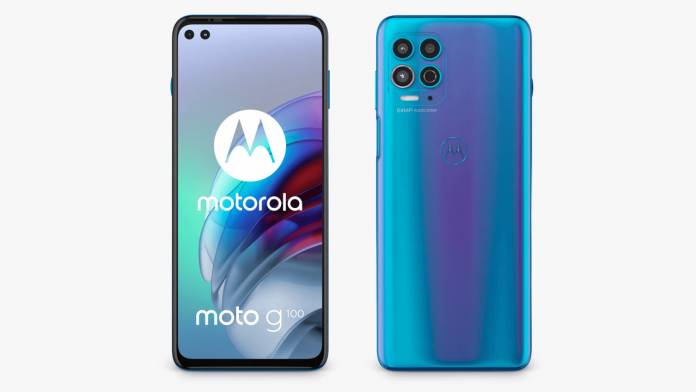 The Moto G100 will be Motorola’s next phone offering. The Lenovo-owned company is still in the mobile business, launching new mid-range Android phones for the mobile market. Just recently, the Moto G100 images were leaked. Basically, it is said to be a rebranded Moto Edge S selling in China. This time, the Moto G100 appeared on a Spanish retail website. The official launch has yet to happen but we’re getting more information about the device. The phone has been listed with a EUR 479.77 price tag which converts to about $572.

The Moto G100 launch will happen on March 25. That is less than a week from today so no need to wait that long. It will follow the recently announced Moto E7 Power.

The Spanish retailer Paratupc lists the phone as model number XT2125. The price isn’t exactly entry-level but more affordable compared to those phones in the $900 to $1000 price point from other OEMs. The device is also expected to arrive in India.

We mentioned the possible specs before. If this is the rebranded Moto Edge S, then the Moto G100 will come with a Snapdragon 870 processor, 5G connectivity, a 6.7-inch 90Hz IPS LCD display, 2520 x 1080 pixel resolution, plus HDR10 support. Color options may be Blue and Silver as per the rendered images provided.