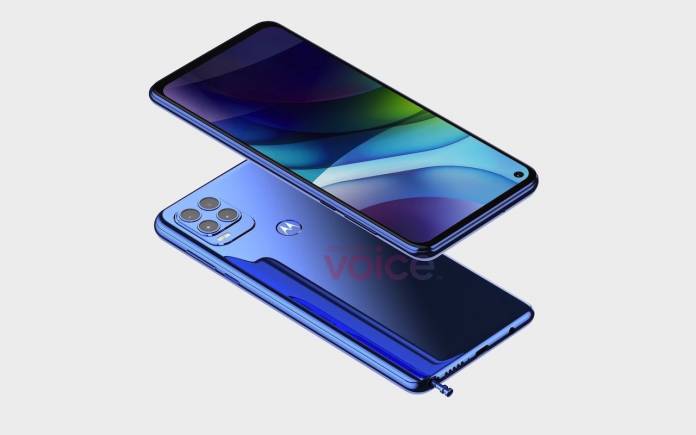 Motorola is set to launch a new Moto G Stylus. We don’t know when but we’re certain a new phone will be introduced soon. We’re thinking of a February launch since the 2020 Moto G Stylus was announced the same month last year. The Moto G Power 2021 and Moto G Play 2021 images and specs were shared earlier and now we’re learning more about the other variant. A new image and a 360-degree video render has been shared by prolific leakster Steve Hemmerstoffer (@OnLeaks) so we think this is closer to the original thing.

An embedded fingerprint button may still be found on the side. There will still be a 3.5mm headphone jack. When it comes to the imaging department, expect a 48MP primary shooter, 8MP Ultra-Wide, 2MP Depth lenses, and a 5MP Macro sensor. The 16MP selfie camera will be under a punch hole.

This year, you may see the 2021 version of the Moto G Stylus and the Moto G Pro. They could be one and the same again. We don’t know why Motorola still does this. Just don’t be confused. And yes, let’s wait and see.