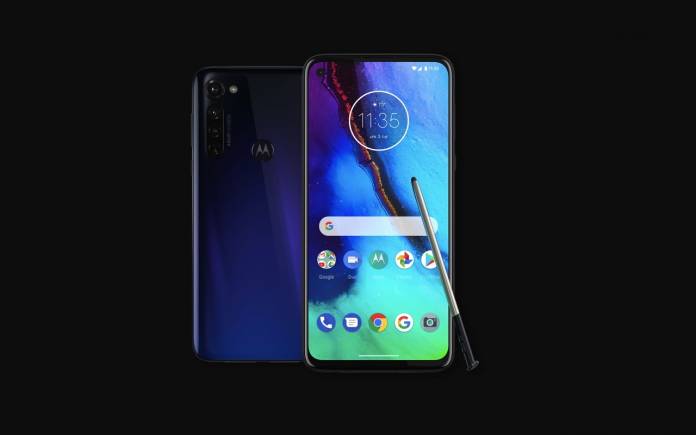 Motorola has something new in store for the Android community. Well, it’s not ready yet but it’s being prepared for release. The Moto G Stylus will soon be introduced as possible rivals of the LG Stylo and the Samsung Galaxy Note series. The device is also known as the Moto G Pro but we have yet to confirm everything we know. The 2021 model of the Moto G Stylus is believed to be in the works and we have information about the specs.

The device may run on 4GB of RAM with Snapdragon 600 series processor. It could be Snapdragon 675 with 128GB onboard storage. The phone with model number XT2115 will have a fingerprint sensor on the side instead of the usual rear position.

When it comes to imaging, there will be a rear quad camera setup with a 48MP main, 8MP ultra-wide, 2MP macro, and a 2MP depth sensor. The 16MP selfie camera is placed under a punch-hole in the upper left part of the screen.

This Moto G Stylus 2021 (codenamed Minsk) may be powered by a 4000mAh battery. It will run on Android 10. Don’t expect any NFC from this one. This phone will definitely follow the recently introduced Moto G9 Power, Moto G 5G, and the Moto E7 Plus.