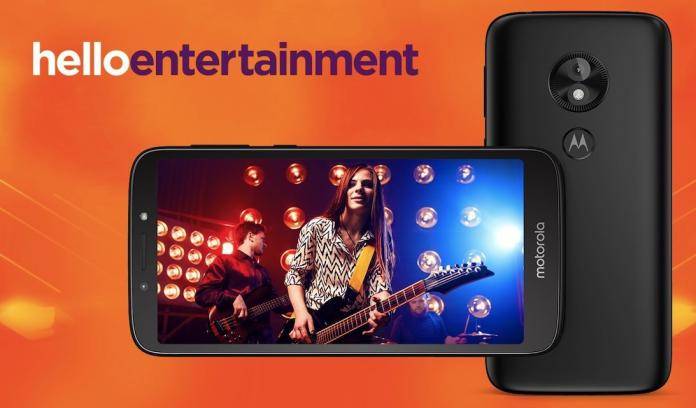 Back in April, Motorola launched the Moto E5 series that included the entry-level E5, E5 Plus, and the Moto E5 Play. We haven’t heard anything about any of the phones introduced because the company now owned by Lenovo has been busy rolling out other phones such as the Moto G6, G6 Play, G6 Plus, Motorola One, Motorola One Power, Moto Z3 Play, and even other rebranded phones. We know more will be released in the coming months and just before the year ends but the Moto E5 Play is also being introduced with another variant–as the first Android Go phone from Motorola.

The Moto E5 Play runs on Android Go. Note this is different from the Android One running on Moto X4. The phone is powered by Android Oreo (Go edition) which means it can compete with the BLU C6, BLU GRAND M3, Huawei Y5 Lite 2018, and the ZTE Tempo Go among others. Motorola has always been committed to delivering affordable phones packed with special features.

The smartphone offers the best of Android Oreo without breaking your wallet. When you turn on the phone, you won’t see many pre-installed apps, only the very basic and useful ones. The Android team wants to make sure there is less bloat because the specs aren’t as premium.

Motorola’s Moto E5 Play boasts the following specs and features: a 5.3-inch Max Vision screen, 18:9 aspect ratio, rear fingerprint reader, 8MP rear-facing camera, and a 5MP selfie shooter with flash. The device will be out in Latin America and Europe with a €109 price tag which is about $127 in the United States. The sub $150 price of the Moto E5 play is very affordable. It works with most mobile networks but some product specs’ availability may depend on the network and are subject to charges.

If you may remember, the regular Moto E5 Play revealed a few months ago was also powered by 2800mAh battery and sports a 5.2-inch HD LCD screen, 1280 x 720 pixel resolution, 16GB built-in storage, 2GB of RAM, microSD card slot for storage expansion (up to 128GB max). There is no dual rear camera but the 8MP cam is decent enough with F/2.0 lens.

The specs of the Android Go Moto E5 Play are almost the same but the 0.1 difference in the display screen matters. We can say the Android Go version has a bigger screen compared to the regular variant. Other features are the same so expect a Snapdragon 425 or 427 chipset as well.