We’re down to two more days before the official unveiling of the Galaxy S8. We don’t think Samsung has anything left to conceal since we’ve been seeing a lot of leaks and rumors already. We’re only anticipating for the launch and pre-order on the same day in Netherlands and Belgium while checking out what’s on the UNPACKED 2017 app. Last week, we also learned that the company is considering a 3-month refund policy. Earlier too, we discovered the smartphone duo will arrive with the Samsung DeX Station and EB-PG950 Power Bank.

More Galaxy S8 details emerged and early images were shown off. We even happened to have a first look at the new S8 earphones.

We haven’t heard and seen much of the Galaxy S8 Plus but we know it will definitely be bigger. We’re guessing the 6.2-inch screen is large enough for you to consider it as a phablet or maybe something more like a Note device. We can expect for this smartphone as the bigger sibling of the S8. It will be a little bit more expensive and will also come with different accessories.

The latest set of leaked images was published by AndroidMX over the weekend. Source was one user in Mexico who we’re assuming could be a tester or perhaps an employee of a carrier or network. Nothing much is different from the ordinary S8 and now we’re shown the different screens and apps. 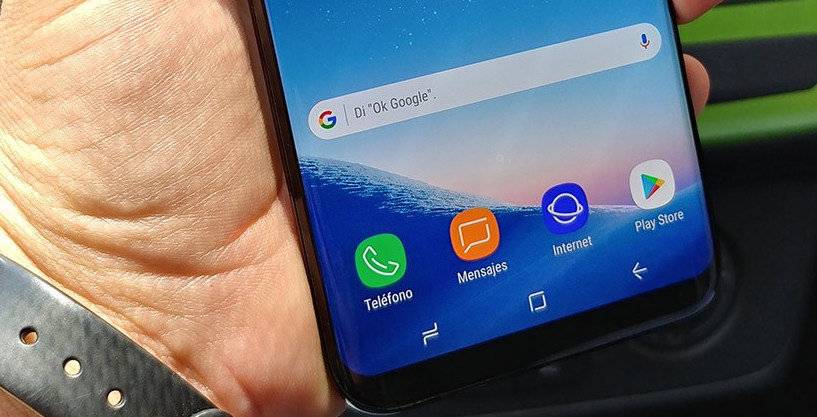 The Galaxy S8 Plus will have a 6.2-inch edge-to-edge screen. It may be big but it can still fit the hand.

The Galaxy S8 duo will arrive with new accessories. Some details and information were shared by WinFuture, giving us an idea about the new docking station, phone case, and power bank. We’ve seen the DeX and the power bank and now we’ve got some information on their pricing. The DeX could be anything between $110 and $160 (100 and 150 euros) in Europe. The new phone cases are said to be $65 (60 euros) each. There will six four options: LED View Cover, Clear View Standing Cover, Keyboard Cover, Alcantara Cover ($48/€45), Silicone Cover ($32/€30), and Clear Cover ($22/€20).