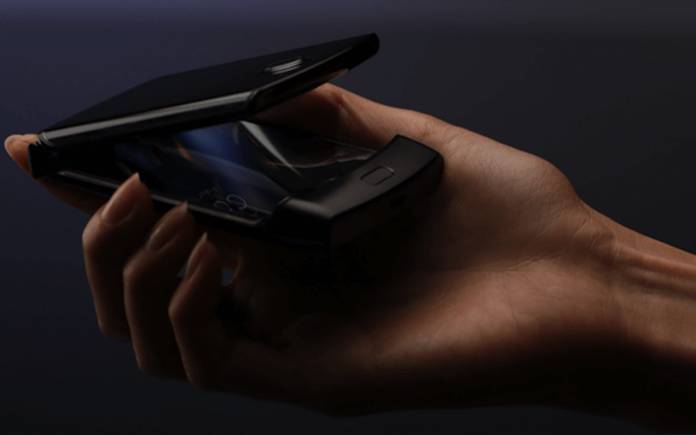 A new generation of Moto RAZR phone is arriving soon. That’s what we would like to believe as several rumors have been heard since the beginning of the year. Back in January, we said a Motorola RAZR foldable phone may be in the works. A patent for such a mobile device was officially granted. A Motorola foldable phone was confirmed and said it could be the new MOTO RAZR especially after phone specs were listed. Stronger evidence was presented when the first foldable phone was seen on the Bluetooth site.

Motorola RAZR foldable phone images were leaked on Weibo. The following month, Lenovo showed a fan video to promote the phone without permission. We also learned the Motorola Moto Razr foldable phone will be out before 2019 ends.

The official launch is happening this month. More RAZR images surfaced again and more again over the weekend across the internet. A Motorola RAZR 2019 live image was leaked on Twitter. Some promo shots have also surfaced.

At first glance, you will be reminded of the old Moto RAZR clamshell phone from the early 2000s. It appears to be a totally modernized version of the popular flip-phone with a flexible screen. Technically, a flip or clamshell phone is already foldable. What makes this different is the flexible display that stretches into a bigger screen at 6.2-inches.

Unlike the Samsung Galaxy Fold, this one folds horizontally. It’s definitely smaller but still fits in your hand as shown in the photo above. We still see a hinge at the back which makes the flexible screen work. There is no telling what magic Motorola is doing here but we’re crossing our fingers its tech will be better.

More images have popped up, thanks to Evan Blass. The phone really looks like the Moto RAZR V3. There is a smaller screen outside which you will see when folded. It’s a secondary display that shows the basic notifications and information. For imaging, it can also work as a viewfinder.

The expected launch date of the new-gen Motorola Moto RAZR is November 13 as per an official press invite. There is no word on pricing and availability but we’re assuming this will be less expensive than the Samsung Galaxy Fold and Huawei Mate X.