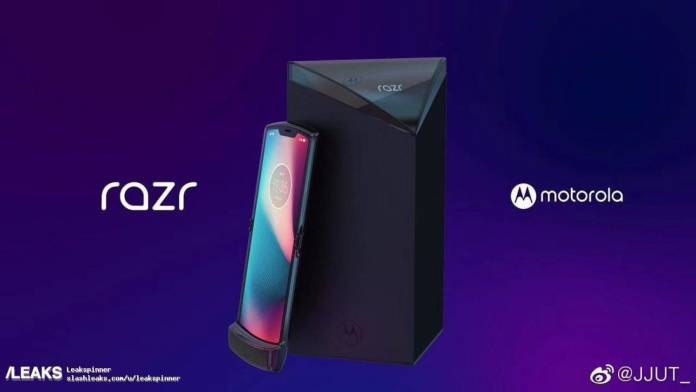 It looks like some folks over at Lenovo need to take some lessons on dealing with fans and fan-made videos. Reports are coming out that during a media briefing in China, they showed off a 30-second teaser of a still unconfirmed Motorola RAZR phone. The problem is that the video they showed was created by a fan and according to him, they did not ask for permission to use the video. Even worse, adding the Lenovo logo at the end made it look like the video was created by the company.

The video which Lenovo executives shared in a group interview were actually culled together from renders of the rumored Motorola RAZR. They were originally from a video called Motorola RAZR 2019 – Introduction & First Look! uploaded by tech YouTuber Waqar Khan. Some eagle-eyed netizens spotted this and a conversation occurred on Twitter, with Khan confirming that Lenovo did not ask permission to use his video, let alone put their logo at the end.

Some parts of the footage even had his Twitter handle watermark @WaqarKhanHD so it’s unmistakably part of his videos. Although there might also be some questions about who really owns the renders, the fact that Lenovo put their logo makes it look like an official video from the company. It’s hilarious and disturbing that a company as big as them would think this would go unnoticed.

What’s even more confusing is that there is still no official word that a new Motorola RAZR is actually coming. There was a patent that surfaced earlier and the Wall Street Journal even reported that a reboot of the beloved phone from a few years back, although the 2019 version will reportedly cost $1,500. But still, there has been no official word from Lenovo and some suspect they may just be riding on the nostalgic feels.

As for the “stolen” video, Khan said to Engadget that he has no idea what’s going on and the company never contacted him to ask to use the video.There is still no official word from Motorola or Lenovo about this incident.