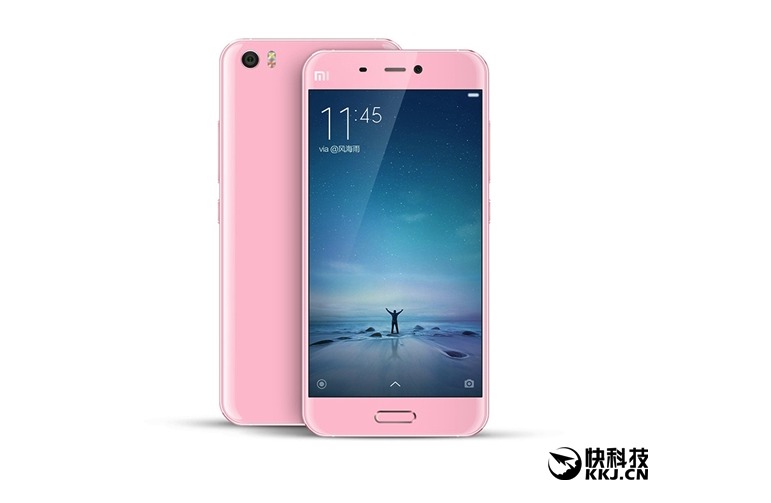 More Xiaomi Mi 5 information coming our way. After learning that the new smartphone from the Chinese company might be revealed on January 21, an early render and it was later on sighted at Oppomart. We noted that it will have 4GB RAM and a Quad HD screen and it seems there might be truth to those information. We’re no longer doubting the existence of the Mi 5. It’s just a matter of waiting.

The latest set of images shows us the smartphone coming in other colors aside from the basic black we’ve seen earlier. Now there’s white, gold, and pink which the ladies would find attractive. Unlike the previous shape of the physical home button we’ve seen, the photos now show an oval shaped one which we’re assuming is also the fingerprint scanner on the upcoming Xiaomi Android phone.

The new photo gallery is quickly followed up by a video that features a very similar phone that is also believed to be the Xiaomi Mi 5. It’s more of an early preview of the mobile device being demoed.

Someone uploaded the same video on YouTube. Here it is:

Yup. It’s the same phone. Honestly, it reminds us of the iPhone and all the other lookalikes (ie. Lenovo Sisley, Meizu m1 note, HTC One A9, etc.)