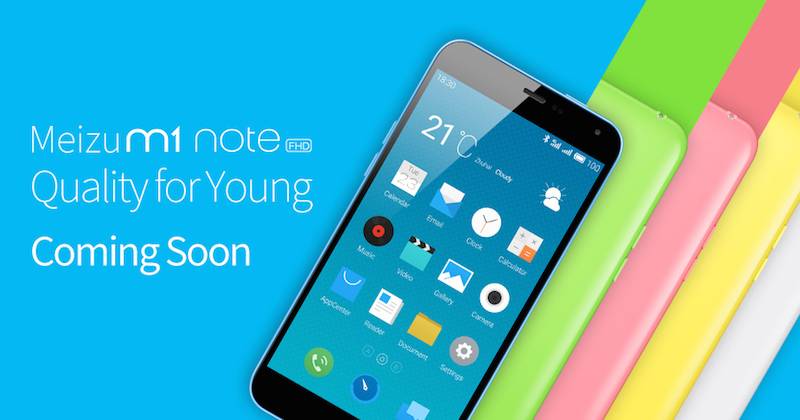 We saw the Meizu m1 note last year making a colorful statement. The unit was meant for the young generation who like all things fun, trendy, and colorful. It’s one of the highly anticipated mobile devices from Meizu but it’s only now the phone is will be sold on the company’s very own international online store.

Soon enough, you can get your hands on an Meizu m1 note delivered right to your doorstep. You can choose from the pink, blue, green, yellow, and white version of this iPhone 5C-lookalike. It sure looks like an iPhone I’m surprised Apple has not filed a complaint against Meizu (or should it be the other way around?).

The Meizu m1 note is ready for consumers in China and very soon in your country via the Meizumart store. It’s considered as a budget smartphone that comes equipped with dual SIM support, a 5.5-inch FHD display, 13 megapixel rear camera, octacore MT6752 processor, and Snapdragon 615 processor. As we also noted recently, the phone will have Fleksy pre-installed in this  Meizu m1 note. There are TD, FDD and CDMA models of the Meizu m1 note also available.

As for the price, the international version of the smartphone will be powered by a 64bit Mediatek chip and would retail a little over a couple of hundred bucks. Not bad actually.