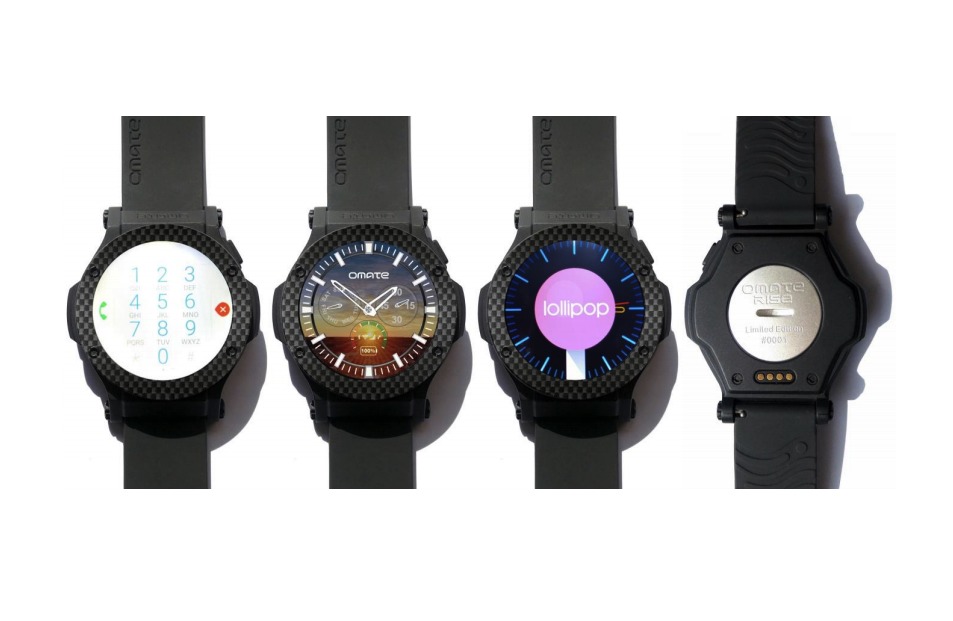 Omate has been making smartwatches for over two years now. It started on Kickstarter with the TrueSmart smartwatch and soon released follow ups: the Omate X, Lutetia exclusive for women, and most recently, the TrueSmart-i and TrueSmart+ smartwatches. These wearables combine stylish design and reliable technologies within compact forms, delivering Android Wear convenience right from your wrist.

Before 2015 ends, Omate is releasing one more but it’s not just a new design. Since people are demanding for cellular support on smartwatches, the startup thought of creating the Omate Rise. It’s the first standalone Smartwatch 3.0 that features Bluetooth and 3G connectivity on its own. The LG Watch Urbane 2nd edition may already have 4G/LTE but rollout has been halted indefinitely due to a faulty component. Omate’s entrance into the cellular-connected smartwatch game is just right. They might probably get the market initially captured by the problematic LG smartwatch even if just out of frustration.

The Omate Rise brings the telecom standalone Smartwatch 2.0 and Bluetooth Low Energy companion Smartwatch 1.0 technologies. This means you can make a call or send an SMS straight from your wrist. It doesn’t run Android Wear but actually Android 5.1 Lollipop. It’s not just a Bluetooth companion as it connects to a 3G network. With the Omate Rise on your wrist, you are free to leave your smartphone at home. You don’t even need WiFi or Bluetooth to be enabled. You only need to be connected to a cellular network that supports this new smartwatch.

Features of the Omate Rise Smartwatch 3.0 include a 1.3-inch Innolux Color Display with multi-touch capacitive touchscreen, 360 x 360 pixel resolution, 1.2 Ghz ARM Cortex-A7 processor, ARM Mali-400 MP GPU, 4GB built-in storage, 512MB RAM, Bluetooth 4.1, 3G, and a 580 mAh battery. There’s also a microphone, loud speaker, magnetometer, gyroscope, and a 6-axis accelerometer. The wearable device is 1 ATM water-resistant so you don’t have to worry about getting it wet or being splashed on by water. Just don’t dip it long enough under water because it’s not totally waterproof—only water-resistant.

Omate Rise runs Android 5.1 Lollilop and the Omate User Interface 4.0. It’s open source with the developers sharing source code soon on their XDA Developers page. Project is currently on Indiegogo. If you send in your support now, you can avail of the Omate Rise startng at $199 instead of the $349 retail price when it’s out in the market. You will also receive a BLE Heart Rate Monitor chest belt worth $49 if you decide to become a Super Early Bird backer.

The crowdfunding campaign will only last for 48 hours with the team trying to raise $30,000. The version that will be sold will have the carbon fiber bezel. If you’re interested to get the Omate Rise Smartwatch 3.0, head on to Indiegogo on December 7, 2015, Monday. Crowdfunding will begin officially 10AM NYC Time. Expect to see some engineering samples at the CES in Las Vegas next month and marketing samples at the Mobile World Congress the next month. By March, backers will receive their orders while the rest of geekdom can pre-order in April.