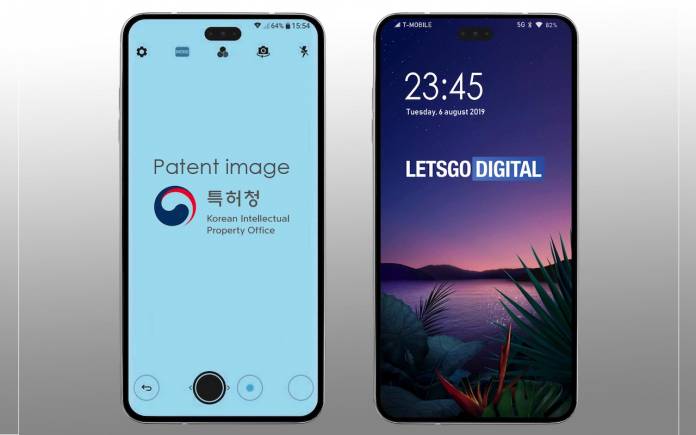 LG is definitely launching new phones. That’s something we want to confirm because H1 numbers weren’t that good. New products will be announced at the upcoming IFA 2019 and we’re expecting maybe a gaming phone or a foldable phone. The latest information we have will make us consider a new phone with a camera hole. From using a wide notch on the LG G7 ThinQ, the other South Korean tech giant is doing away with that by coming up with a smartphone with a small hole in the front for the selfie camera.

LG hasn’t implemented a pop-up selfie camera or a camera hole but that’s about to change. The company is said to be working on a new phone with an oval-shaped hole in the middle. The elongated hole holds the front-facing camera and maybe a flash and another sensor.

LG isn’t giving up the mobile business yet. It’s changing its strategies in many areas and we’re here to support whatever step the company is going to make. We’re looking forward to new products at the IFA, that LG Rolling display, and how it’s going to lead in the 5G arena.

LG is said to be halting smartphone production in South Korea and may move to Vietnam. Previous patent filings and illustrations presented show a phone with a wide hole in the middle of the screen. It’s where the wide notch is previously located. The mystery phone shows very minimal bezels–even thinner than the V50 ThinQ and LG G8 ThinQ.

This LG phone may remind you of the Samsung Galaxy Note 10 except for the rounded edges. The Note 10 has a boxy type design and feel. If we are to base the specs and features from the last flagship, the LG G8, then expect improvements of the following: 8MP selfie camera, Time of Flight sensor, and infrared sensor.