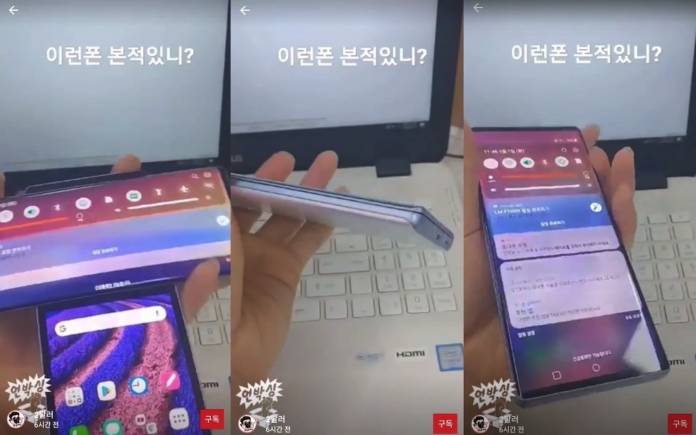 The LG Wing will be LG Mobile’s next major product offering. It is the first Explorer Project mobile device with two screens that was confirmed recently. It comes with a secondary screen that may be used for gaming and other functions. The secondary display was shown off in exclusive demo videos recently. The device was first made known to us as the LG Wing concept phone back in May. It has a T-shaped display that we find unique and interesting.

LG is always generous when it comes to providing information even before the official launch. Over the weekend, it confirmed that the LG Wing is indeed an Explorer Project. The new mobile category is for the discovery of new, innovative ways to interact with other devices.

LG aims to answer and help to the changing demands and needs of the people. The Explorer Project is an effort and we’re looking forward to what the LG Wing can do and help accomplish. Little is known about the device, at least, for now, but a video has leaked on Twitter.

Fold Universe (@folduniverse), the same source who shared that the Samsung Galaxy Z Fold S will have a 360-degree hinge like the Surface Duo, has posted a video footage of the LG Wing in action. The source asked “What should we call this category” and suggested “Swivel-able” because one display actually swivels.

The quick 8-second preview gives us a glimpse of the LG Wing. We see it has a front display that moves. When in T-formation, both screens work as two separate displays. The phone still looks slim, sleek, and thin although we know the display is large.

This hands-on video is just another teaser. We’re looking forward to seeing the LG Wing soon. We know it’s something that will start another revolution in the mobile game. Let’s wait and see.