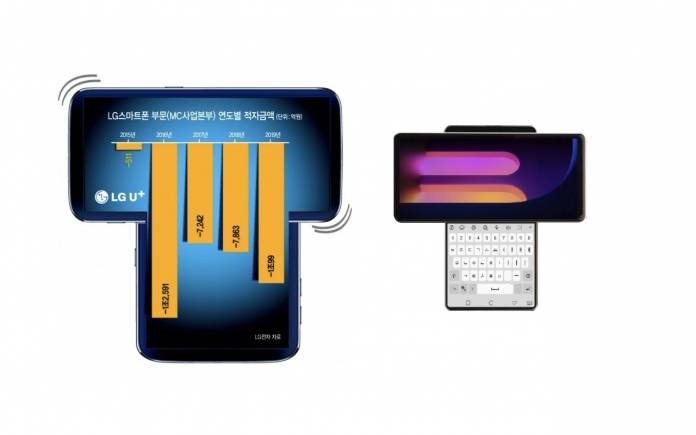 LG seems to be on a roll. After the LG V60 ThinQ, LG K51, and the LG Velvet, the South Korean tech giant is working on another phone. This mysterious smartphone is not the LG Stylo 6 but another strategic and innovative device based on some information we gathered. The phone, codenamed ‘Wing’ comes with two screens—a 6.8-inch main display and another 4-inch sub-display. What’s interesting about the mobile device is the position of the screens. The two displays are laid down on T-shape: the horizontal screen is for the main display while the vertical screen is for the keyboard.

This seems like a concept for now and frankly, we’re not sure how the consumers will accept this. The design is different. It’s like a phone with “wings”. Rumor has it the smartphone will be introduced in the second half of the year.

LG already has a Dual Screen accessory. We’re not sure if this T-shaped device is an actual phone with another attachment or a standalone smartphone with a unique design. It’s something like a hybrid phone-tablet that offers a bigger screen real estate with a keyboard on one part to allow typing on the keyboard or use of productivity tools.

With the T-design of the displays, perhaps you can work on a document or image on the top screen while you use the keys or editing tools on the bottom. This new device is also said to run on 5th-gen Qualcomm Snapdragon 7 chipset. The cameras will be headlined by a 64MP main shooter.

The LG Wing could be a premium phone. If LG doesn’t introduce a new foldable phone, then this one could be the company’s premium offering for the second half of 2020.