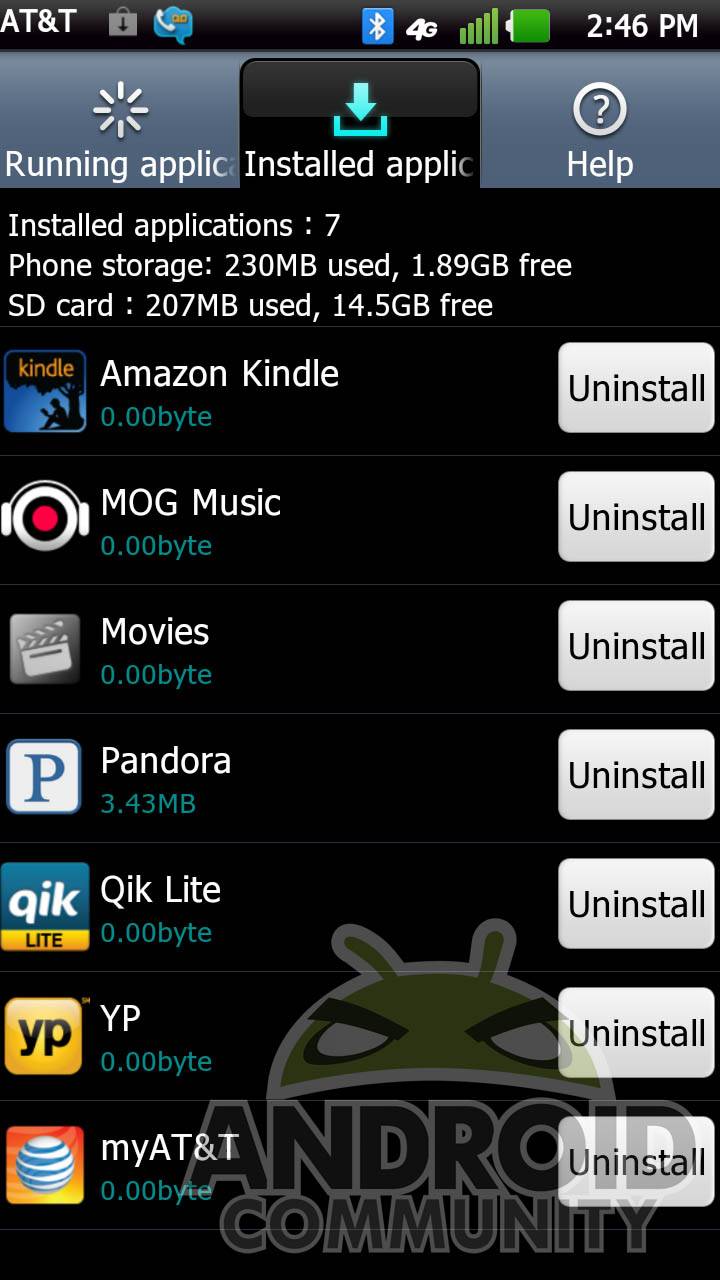 As AT&T’s third 4G LTE smartphone, the LG Nitro HD has a lot riding on it. As the carrier’s very first phone with a 720p screen (and the nation’s second), it’s got a lot more. In other markets, this phone is being sold by variations on the theme of the LG Optimus LTE. Is LG’s newest flagship phone worth your time, and more importantly, your money? Read on to find out.

I’ll be honest: the Nitro HD isn’t much to look at. In an LTE field dominated by the Striking DROID RAZR, the targeted HTC Rezound, the unique HTC Vivid and even the attractive yet vanilla Samsung Skyrocket, the Nitro HD comes off as the most bland of the bunch. With an all-black textured rear cover and a front bare save AT&T branding and just three capacitive buttons, the phone looks like a darker, slimmer version of the Motorola ATRIX 2. Remove the battery cover and you’ll see a MicroSD card slot that’s accessible without taking out the battery (always a plus) and generously filled by a 16GB card, the better to make you forget about the phone’s measly 4GB of on-board storage. The phone feels light, without being remarkably so, and solid, but not so solid that you’d be anything less than cautious.

If you’re interested in the Nitro HD over its contemporaries, it’s almost certainly for that 1280 x 720p IPS LCD screen. It’s absolutely sharp – you won’t be counting pixels without a microscope – and the colors are quite accurate, but it’s missing something essential for a modern smartphone. The default and auto brightness settings are way too low, even for typical indoor use, and jacking up the brightness manually eats away at your battery quickly. A 1.5Ghz dual-core processor and 1GB of RAM is fast, but not blazing – I regularly got between 2500 and 2700 on a Quadrant test. 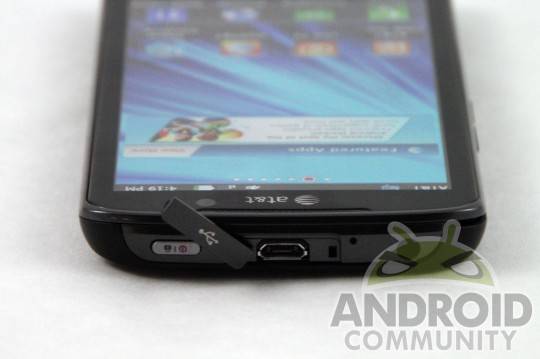 There are a few odd design choices, too. A top-mounted MicroUSB port hidden behind a plastic tab is awkward. The relatively small power and volume buttons are tough to find in the dark. But all that being said, it’s a fairly standard device – large, but not overly so for a 4.5-inch screen. If you’re set on a 720P smartphone and need AT&T service, no part of the hardware is a dealbreaker. Across the entire phone, the only hardware I really miss is the capacitive Search button.

LG’s customized iPhone-aping interface runs on Gingerbread 2.3.5. It’s a familiar site if you’re used to Samsung’s TouchWiz, and even runs a little faster than most of the Galaxy series of phones.There’s a fair bit of AT&T bloatware included, but as with other recent high-end phones, most of it can be manually removed, for which I’m quite thankful. However, there are two frustrating exceptions: Zynga Poker and Yellow Pages. The former is non-removable probably out of some sort of partnership, but the latter must stay put because it’s actually integrated into the dialer. 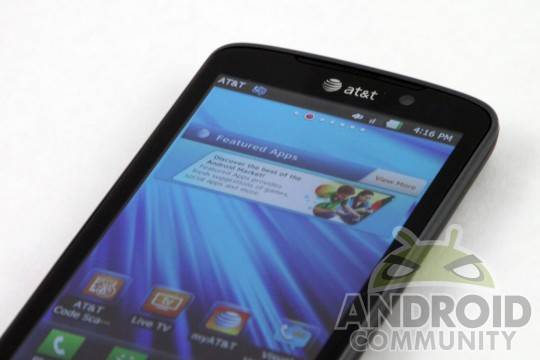 And speaking of the dialer: it’s pretty awful. Android’s perfectly serviceable phone app is superceded by LG’s flavored version, which is slower, less intuitive and makes you work harder to quickly access your contacts. A half-dozen or so non-removable AT&T service numbers don’t help matters. The unnecessary customization extends to the browser, where another iPhone-inspired element rears its unwanted head in a permanent lower navigation bar. There’s no way to remove it or the upper bar, meaning that a lot of the space on that nice 720p screen is reserved for non-web elements. For surfing, install Dolphin Browser HD or a suitable alternative right away.

All that being said, the interface itself is fast and smooth. If you’re an experienced Android user you can get around all of these little foibles with third-party apps, but that doesn’t mean the changes aren’t bothersome. The locked Zynga and Yellow Pages app are particularly annoying when all the other bloatware can be removed so easily. 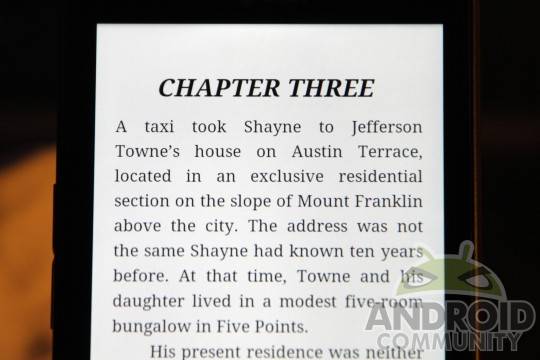 On a positive note, the LG Nitro HD is hands-down the most reliable and clear AT&T phone I’ve tried yet. Even in my home, which is in borderline EDGE/3G territory, calls were nearly as good as a landline. It’s an impressive achievement for LG, and not an inconsiderable point for prospective owners, even in heavy urban areas. If you want a superphone with reliable signal and good voice quality, this is it. I wasn’t able to make the trek to an LTE-enabled area for this review, but there’s no reason to think that our previous tests won’t hold true for this device.

Battery was another story. The Nitro HD quickly cut down to half juice after 3-4 hours of moderate use. This may have been because I set the brightness higher than normal, but re-enabling the (altogether dark) automatic mode didn’t seem to have much effect. The phone puttered out after a little less than eight hours of browsing and apps. I’d say that getting through a full day with anything except very light use will require an extra battery or at least one solid recharge session.

Photos are another area where the Nitro HD shines. I’ve gotten so used to 8-megapixel smartphone cameras that underwhelm that I was shocked when the phone delivered some impressive stills. In my ideal photo tent the snapshots were keepers, and even when I had to rely on flash photos turnes out unusually bright and free of blur. Video is another beast entirely, though – even at 1080p, the recordings are good for YouTube at best. 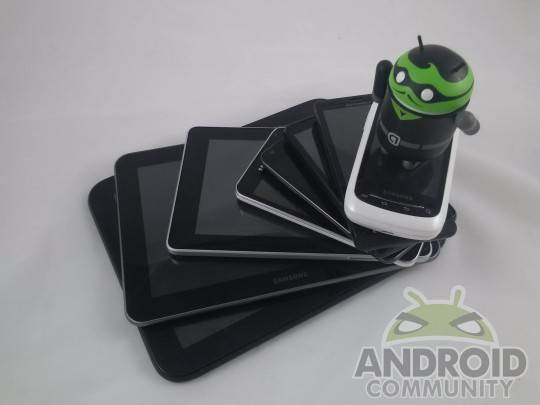 The LG Nitro HD is a study in compromises. On one hand you have bland styling, some awkward customizations to Android, a rather dim screen and poor battery life. On the other you’ve got superb call quality, still photos and higher resolution than any phone available on AT&T. If you absolutely must have AT&T LTE, I’d still go with the Galaxy S II Skyrocket at the same $249 price tag – even with a relatively low-res screen it’s the most solid phone around. But if you put a premium on call clarity and getting the most pixels for your buck, the Nitro HD is pretty much your only choice… just keep a charger handy. 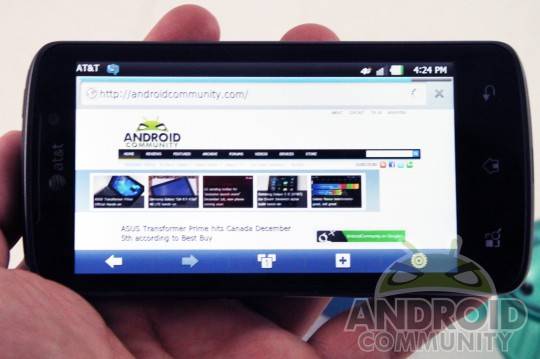