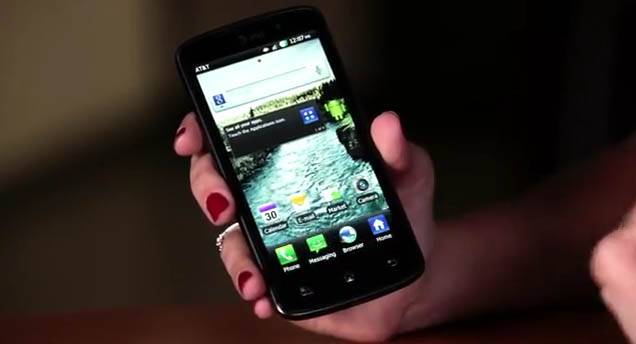 Exciting news from AT&T, as they’ve officially announced the LG Nitro HD for the US carrier. The phone’s outstanding feature is a 4.5-inch 720p display using an IPS LCD – a wicked combination of size, resolution and picture quality. Other highlights include a dual-core 1.5Ghz processor and access to AT&T’s 4G LTE network. The Nitro HD will be available starting on December 4th for $249.99 on a new contract.

The only real downside at this point is the software, which is still stuck on Android 2.3 Gingerbread. Hoping for a out-of-the-box Ice Cream Sandwich phone this early is a little optimistic, but it would have been nice all the same. With LG announcing ICS support for other high-end devices, expect and upgrade eventually. As far as dimensions go, the phone’s 10.4 mm profile won’t beat the latest from Samsung, but it’s still well within the range of superphones. For storage the Nitro HD gets a paltry 4GB on-board, but its’ supplemented with a free 16GB MicroSD card.

You can see the phone in the LG video below:

LG is making a bold move against the Samsung Galaxy S II Skyrocket and HTC Vivid, the only other two smartphones in AT&T’s lineup that have access to the limited LTE network. The screen itself should be enough to wow a few new users, and the price comes in at $50 less than the similarly-equipped HTC Rezound on Verizon. It’s also matching the Skyrocket on price, even with a much, much denser screen. We’ll be bringing you more information on the LG Nitro HD as it becomes available – we’ll probably be seeing more at the upcoming LG event on December 1st.