LG may have delayed the release of this year’s G flagship phone but we think it’s worth the wait if you’re to look at the fact that it is a ThinQ offering. This month began with a hands-on preview and learning it won’t be sold by AT&T. LG reminded us it is not a copy of the iPhone X and that it only uses LCD. Much has been said about the LG G7 ThinQ but we’re more interested as to when the smartphone will officially rollout, for how much, in what countries exactly, and from what mobile carriers.

This list won’t be long but here are seven (7) important information you need to remember about the LG G7 ThinQ:

2.) Several key markets in Europe, Americas, and Asia will follow soon. Global rollout is underway so expect related announcements from the top retailers and mobile networks in your country.

3.) The phone boasts AI capabilities. It’s the first ever G flagship device to have such, following the LG V30S ThinQ. Imaging features include an AI cam that can optimize shots depending on the subject. The phone is also one of the first devices to use Google Lens out of the box.

4. There’s a Super Bright Camera that is ideal to use during low light conditions. Expect results with no grain or noise. The 8MP selfie shooter and dual rear 16MP cameras can capture enhanced image quality. Both sides have wide angle lenses.

6.) LG has used the Boombox Speaker that offers a large resonance chamber, twice the bass, and really good audio especially when the phone is placed on a metal or solid wood surface. Also included: earphone jack, Hi-Fi Quad DAC, and DTS:X. 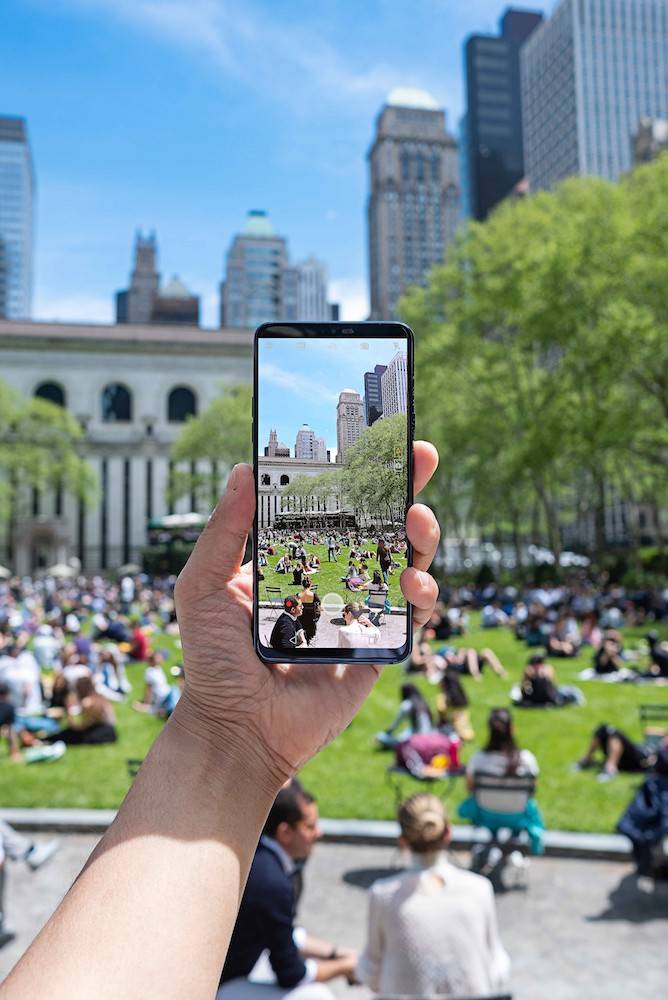 7.) A Google Assistant Key is a special feature of the phone–similar to a Bixby button. Pressing on it will quickly enable Google Assistant and the Google lens. No need to say “OK Google” to activate the Assistant. It also allows the G7 ThinQ to work as a home smart speaker.