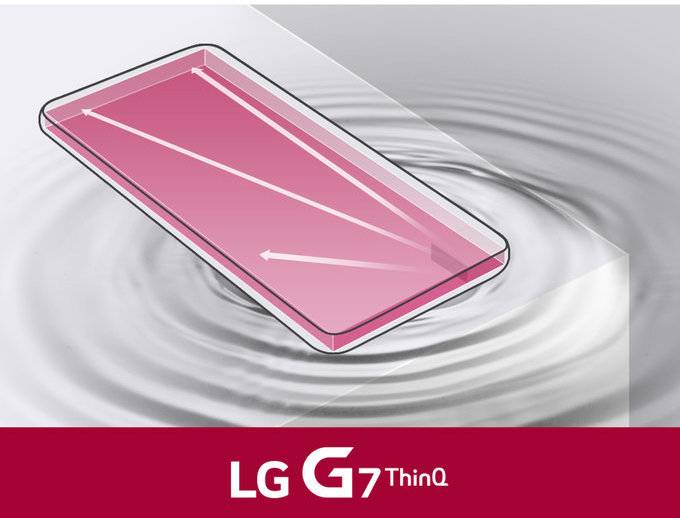 We’re a few days away from the official launch of the LG G7 ThinQ but the OEM keeps teasing us about the various new things we can expect from their newest high-end smartphone. This time around, they revealed that it will come with a Boombox Speaker, but don’t think you’ll have to attach an old-school speaker to your mobile device to enjoy this. It’s actually a built-in feature that will amplify the smartphone’s base sound levels, supposedly making it even better than actually having an external speaker.

The “boombox speaker” is actually placed inside the G7 ThinQ and they are using extra space to create a “resonance chamber”. So you don’t need to connect an external speaker to it to get quality audio. They claim that the base sound levels will increase by more than 6 decibels and the amount of bass will actually be doubled. And if you place the smartphone on a flat surface, it will amplify the bass levels even more.

It’s not just the speakers that will be improved according to LG. The headphone audio experience will also experience an upgrade. The G7 ThinQ will have Hi-Fi Quad DAC and also support for DTS:X 3D Surround Sound. Even if you’re using just standard headphones, you’ll be able to experience 3D surround sound effects. They say it’s also the first time that DTS:X is being used on a smartphone.

However, all of this is still in theory as we will only be able to experience if the Boombox Speaker and the DTS:X makes a huge difference when we have the smartphone in our hands. It will officially be announced on May 2 so we’ll know more about it then.