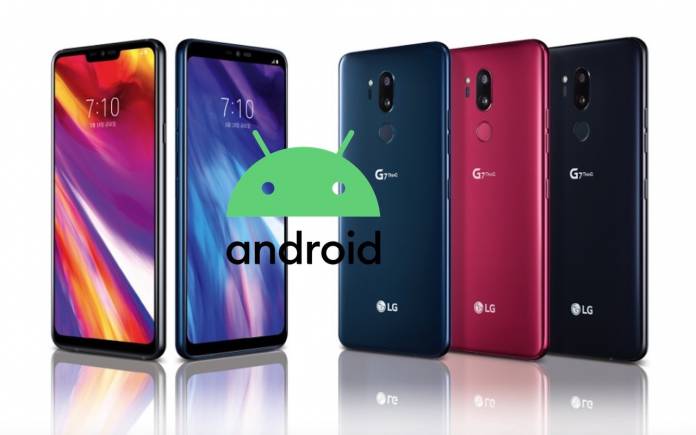 The next LG mobile device getting the much-awaited Android 10 is the LG G7 ThinQ. After the unlocked LG G8 ThinQ, the 2017 flagship smartphone will be the next device from the other South Korean tech giant to be part of the LG OS Preview Program. Following the Android 9 Pie OS, Android 10 is expected to bring a number of major improvements and new features. So far, we know LG has released Android 10 updates for the LG G8, LG V50 ThinQ, and now, the LG G7 ThinQ.

As with other similar updates, Android 10 will deliver Full Gesture Navigation. This allows the user to switch apps and move to home by pushing the screen sideways or up. Individual app permissions can be reset with the update.

The UI gets updated as well with a lower-level operation structure. Menu tabs and pop-ups will be shown at the bottom of the screen. There will be a more responsive menu plus a simpler and more intuitive card-type menu.

The Android 10 update by LG should roll out anytime soon. You can also check your settings or Quick Help to see if the over-the-air update is available. Feel free to share your feedback if there are issues with LG so the developers can fix them.

Remember that LG is not joining MWC 2020 in Barcelona. Perhaps this will give the company more time to work on other software updates as it prepares for the next-gen flagship phones like the LG V60 and the LG G9 ThinQ. We know more LG smartphones will receive Android 10 OS updates this year so watch this space for more.

We’re hopeful about LG’s future business plans and marketing strategy. Maybe timely and quick software updates are part of the plan. What do you think?