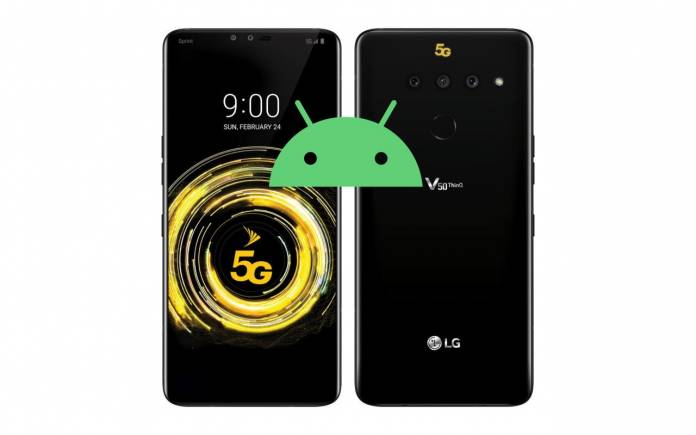 LG recently shared its future business plans and marketing strategy last week. We didn’t mention if sending out regular OS updates is part of the strategy but such are always welcome. They show that a company still cares about old devices and that consumers are not forgotten. More Android 10 updates for LG smartphones are arriving very soon beginning this February. We know it will bring a new Desktop Mode ala Samsung DeX among many others. After the LG V50 ThinQ, more G and V series phones will receive Android 10.

The OS update includes the new LG UX 9.0 first launched on the LG G8X. This new UI changes the graphics of the phone completely, giving it a new look. It features a tabbed setting, as well as, major changes in the user experience.

This 2020, LG will roll out Android 10 to the V50 ThinQ first. In case you missed it, this premium phone comes with a Dual Screen accessory. It also offers 5G connectivity, making it to our shortlist of 5G phones.

LG Sales Director David Draghi said: “LG has always cared about the end consumer and his needs, for this reason he is committed to offering the best technologies, supported by the best performing operating systems. Since LG established the global Software Upgrade Center, the goal has been to extend software updates to as many customers as possible. A goal that we propose also with the implementation of Android TM 10, which will arrive on a large part of our smartphones, starting from the flagships up to the K series products.”