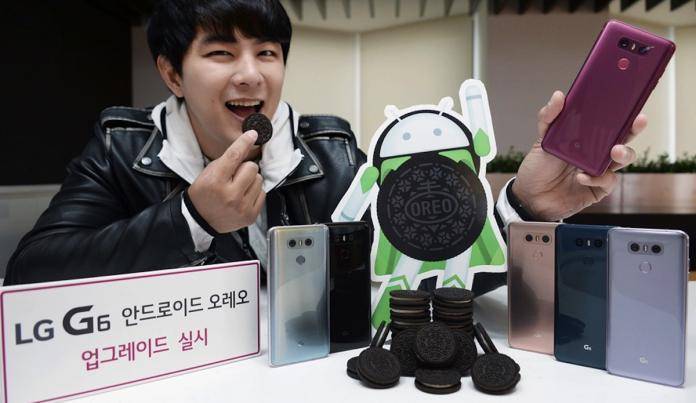 Before 2017 ended, the LG G6 with Android Oreo beta was sighted in China. We knew it’s only a matter of time before LG makes the official Oreo release. It will happen on April 30 so owners of the G6 will be able to enjoy the cookie upgrade. Before the LG G7 ThinQ rolls out, it is good LG is releasing Android 8.0. It’s also appreciated because Google is about to reveal the Android P. LG has been busy with new smartphones that it’s not in a rush to announce Oreo updates for some of its phones. We only remember the LG V30S and LG V30S ThinQ getting it.

The LG Software Upgrade Center has opened in South Korea. It has promised timely updates and we can say this Oreo for LG G6 is just one of the firsts. This good news still makes the LG G6 an attractive choice. This plus the new colors available in South Korea including Raspberry Rose, Lavender Violet, Marine Blue, Terra Gold, Mystic White, Astro Black, and Ice Platinum.

LG’s Software Upgrade Center seems to be really serious with the updates. It should be because LG phones are great and they can be better if they run on the latest Android version. The center’s goal is delivery of stable and continuous support of OS upgrades. After the LG G6, the G5 and the V20 will also be updated to Oreo. Watch out for a software update notification if you own any of these 2016 models.

You can upgrade wirelessly or connect to your computer and use the LG Bridge program. As with more Oreo upgrades, the LG G6 will receive improvements in battery, speed, performance, screen configuration, and graphics. There’s no AI yet but that may be added in the future.