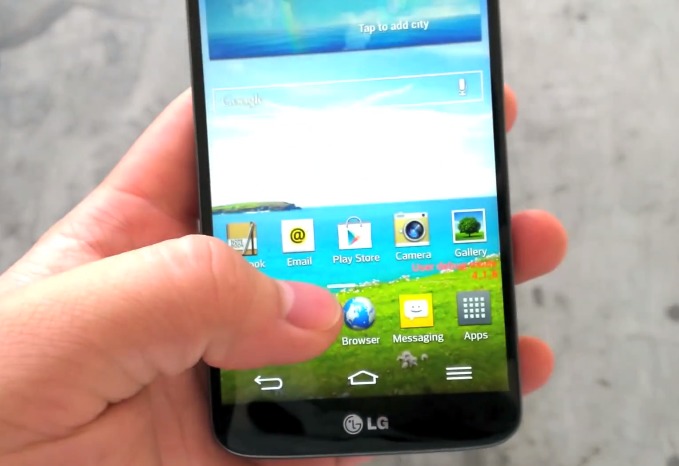 Tomorrow is the big day for LG where we’ll finally see their latest and greatest flagship smartphone for 2013. That device of course is the new LG G2, which has leaked more times than we can count. Add that to the slew of teaser videos and announcements by LG themselves, and we already know all there is to know about this 5.2-inch ultra-sleek device. However, on the eve of the announcement lets go through it all once more.

As we mentioned above, the LG G2 has leaked more times than a leaky faucet, and at this point there really shouldn’t be any surprises at tomorrow’s event. At 11 AM EST in New York City LG Electronics will officially announce and showcase the new G2, and here’s what we’ll be seeing.

The G2 smartphone will be their first device to drop the “Optimus” branding in favor of simply the letter G. The G brand will be their new flagship title moving forward. So with that, the LG G2 will sport a 5.2-inch edge-to-edge 1920 x 1080p full HD display, and is also the world’s thinnest full HD panel. Under the hood is where the rest of the magic is. That being Qualcomm’s fastest Snapdragon 800 quad-core processor which supports “always-listening” technology like the Moto X, so we’re expecting some sort of new voice actions from LG as well.

The G2 is extremely thin, so thin in fact that they’ve misplaced the side volume up/down controls to the backside, instead of on the edges of the smartphone. It’s an odd move, and will also have some sort of touch sensor controls, possibly for those voice actions mentioned above. LG’s teased the device will learn from us, so that’s another hint towards the always listening features of the Snapdragon 800.

LG will have a new “QuickWindow” case just like Samsung’s recent case offering, tons of accessories, and even a new set of headphones bundled with their new flagship smartphone. To wrap up what we know so far, the LG G2 is rumored to launch immediately the following day (August 8th) in Korea, and be available globally and from multiple US carriers all by the end of the month. Then hit over 100 carrier within 90 days.

We’ll see how it all plays out, if LG pulls out any stops or surprises, and of course get plenty of hands-on pictures and video live from the unveiling tomorrow. So stick around!