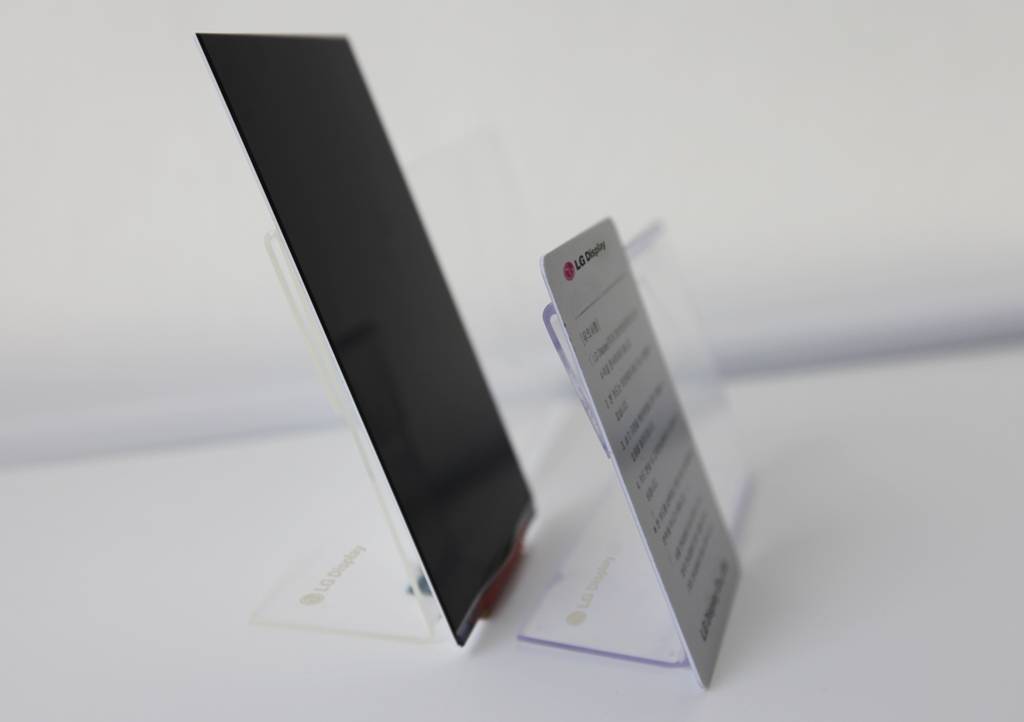 LG Display has introduced a super-slim full HD LCD panel, which it says is the world’s slimmest offering in its category. The display measures in at 5.2-inches, and has a resolution of 1920 x 1080, with the goal being to reduce the overall thickness, weight, and “grip-ability” of modern handsets. There wasn’t any word on when the LCD will be made available.

The panel utilizes a variety of technology to achieve its slim profile, among them being a direct bonding system, which eschews the need for typical amounts of Optical Clear Resin, something that has the added benefit of increasing the brightness of the panel. As such, it achieves 535 nits at max brightness. The contrast, meanwhile, is 3.74:1 based on 10,000 lux.

Other technology used includes the company’s Advanced One-Glass-Solution technology, which it refers to as OGS, making this the first time it has been used in such panels. In addition, LG Display elected to use Dual Flexible Printed Circuits rather than a single circuit.

As for the panel itself, the LCD measures in at 2.2mm in thickness, with a bezel that is a hair larger at 2.3mm. Because of the narrow bezel, the panel will offer more screen real estate on smartphones, something that LG called “critical” during its announcement. Likewise, this narrow bezel has also earned the new panel the title of narrowest full HD smartphone LCD offering currently available.

Said LG Display’s IT and Mobile Development Group’s VP Dr. Byeong-Koo Kim: “Today’s introduction of the world’s slimmest Full HD LCD panel represents an exciting advancement for the high-end smartphone segment, and is possible due to our world-class expertise in IPS and touch technologies. “LG Display will continue its commitment to developing products that maximize consumer value as well as opening new doors for the mobile and tablet PC industry.”