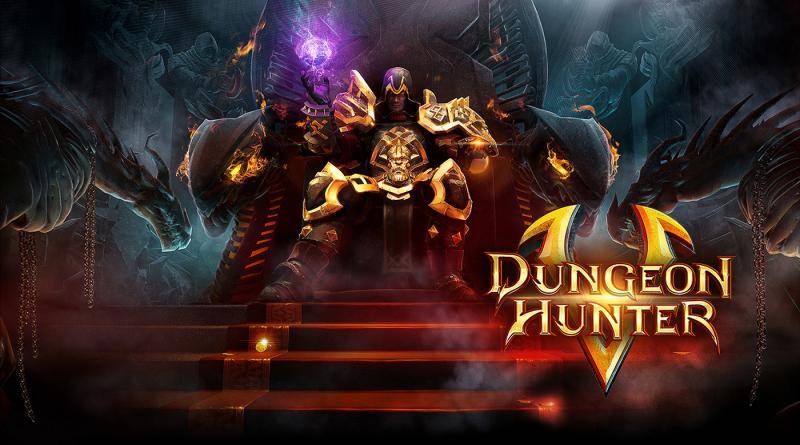 Last month we took a peek at some of the new titles that we can expect to land on our favorite mobile platform soon. But waiting is such a pain, so, in the mean time, we can enjoy some of the new games that have already made their way to Google Play Store just this week alone. Of course, we have the usual assortment of both high profile titles and novel but entertaining neophytes. Welcome to this week’s edition of Level Up!, where we go through some of the newest kids in the neighborhood.

After months of anticipation and teasing, Gameloft has finally unleashed the latest installment of its popular action RPG. Players won’t be glorious heroes this time around, as they take on the roles of bounty hunters that, whether they like it or not, put some order into the chaos left by the Demon Wars. Aside from the slight twist to the story, the game also features a Guild Stronghold mode, where players can setup their own dungeons to lure and foil other players aiming for their treasures. And on the visual side, Gameloft claims to have started from scratch with new over the top graphics that take advantage of today’s modern smartphone hardware.

There just is no end to everyone’s favorite, or not so favorite violent avians. We’ve seen Angry Birds take on different forms, from the original slingshot game to racing to Transformers. Now the gang from Stella’s story are back, but with a different game mechanic again. You still get a slingshot, but this time you aim it upward to pop some shiny, colorful bubbles. Of course, there are still those pesky pigs to get out of your way, so its Angry Birds through and through, just from a different perspective.

From annoying but cute anthropomorphic characters to annoying and horrifying anthropomorphic characters. It seems that there is a strong market for scaring the crap out of gamers, not in a morbid Resident Evil-esque way but in a troubling Chucky kind of way. How do we know? Because Five Nights at Freddy’s is now at its third installment. You might think you are finally rid of the animatronic fiends in the 2nd part, but now they’re back. Sort of. 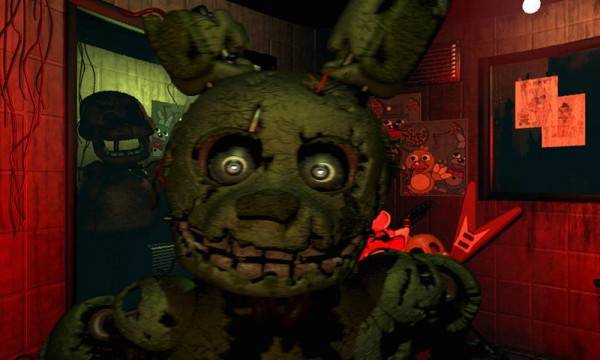 Now, who can resist cuddling this cutie.

Marvel’s Age of Ultron will be hitting the big screen soon, so why not prepare for it by drowning yourself in some of Marvel’s Android titles. The latest, and definitely not the last, to join that roster is a collaboration between the Comics company and LEGO, so you can pretty much be sure there won’t be blood here, disappointing as that may be for some. In LEGO Marvel Super Heroes, you take control of some of Marvel’s iconic characters, up to 91 in total to choose from, ranging from Cap, to Iron Man, to the Hulk, to Spider-man. Your mission, stop Loki and the rest of the Marvel universe’s bad guys who have similarly banded together to create a world-destroying weapon.

You will be faced with 45 action-filled missions to keep you occupied for hours. But be warned! If you decide to get your hands dirty in this game, it’s gonna cost you. In more ways than one. The game itself costs $4.99 and still has in-app purchases. But more than that, it will take up 2.2 GB of space on your phone in total.

BUt what if you wanted some RPG like game but without the RP (role-playing) part? Which is kind of an oxymoron. That said, there is still a game just for you. QuestRun cuts to the chase and cuts out the lore, Sure you still do some strategic thinking, setting up your team, and clothing your characters. But once all that’s said and done, you can get down immediately to the battling part. QuestRun doesn’t delude itself trying to sell a deep storyline where there is none. It’s simply an unabashed monster beating game. But unlike most dungeon crawlers you might have come across, the game takes inspiration more from the Japanese side of the family, particularly the 2D turn-based styles of earlier JRPGs.

For that content, some might feel that QuestRun is asking a lot with its $2.99 price tag. Fortunately, it doesn’t have any IAPs to add insult to injury.

Now for something totally different. If you’re tired of RPGs, strategies, puzzles, or even flinging birds, then SongArc might be a welcome break for your gaming sessions. As you might have guessed from the name, SongArc is a music game, which throws out all those aforementioned genres out the window. But don’t mistake this game to be easy, as it is one of those promised to be easy to learn but hard to master. SongArc plays out like a psychedelic version of Guitar Hero on your mobile, where instead of just hitting notes at the right time, you have to swipe your thumbs across an arc to get to them.

One of the best things about SongArc is that it doesn’t limit you to its own selection of tunes. You can use even the music that’s already on your device. And if playing without an audience is not good enough for you, SongArc has a function to record your playthrough and share it with others. SongArc comes with no price tag but does have some extra costs in the form of IAPs.

That’s it for this week’s edition of Level Up! Remember to drop by our Gaming tag to catch up with what’s hot and what’s not in the land of Android games. Until next time, keep those thumbs warm and cozy!