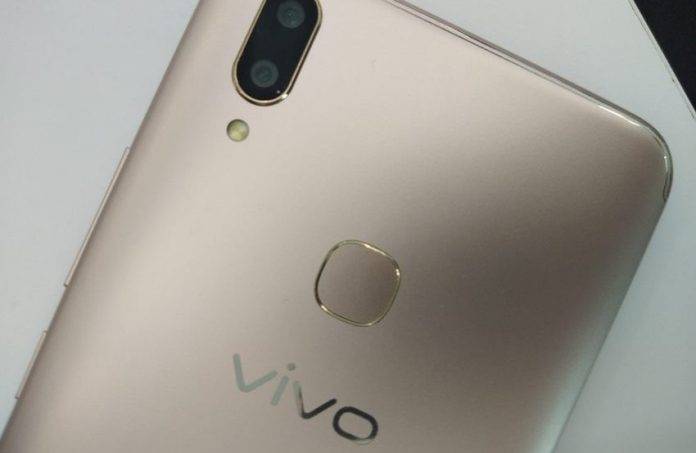 Just last week, the next-gen Vivo V9 Android phone live photos popped up on Weibo. More images of the smartphone are being shared online now and the latest set gives us a closer look at the new Vivo phone. As with a number of upcoming flagship phones from the top brands, the Vivo V9 is also said to have a notch. The phone shows an almost frame-less display while the dual rear camera is placed on the upper left corner.

The notch design will remind you more of the iPhone X by Apple. It will also remind you of the Oppo R15 and R15 Plus, Huawei P20 series, ASUS ZenFone 5, and the yet-to-be-announced LG G7. The Vivo V9 also boasts of a microSD card and dual SIM support, micro-USB charging, and a 3.5mm audio jack.

The Vivo V9 follows the X20 Plus UD in the company’s recent lineup. Details are scarce but we know the phone may have more or less a 5.7-inch IPS LCD FullView screen, 1440 x 720 pixel resolution, 4GB RAM, 1.8 GHz Qualcomm Snapdragon 450 processor, and a battery more powerful than 3000mAh. We’re not expecting an under-display (UD) sensor but it will be a nice addition to any premium phone. Vivo can do it again and again and try to beat Samsung who’s been experiencing delays when it comes to the said technology.