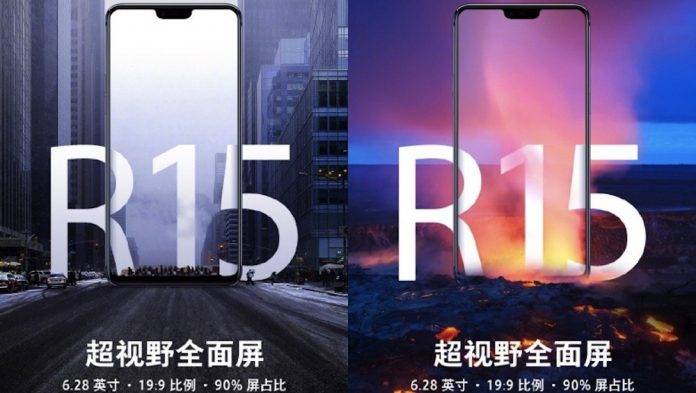 Last week, we started to ask if the notch would be the mobile trend for this year. It was 18:9 display last 2017 but this 2018, we’re expecting to see more smartphones with the notch. Thanks to Apple for beginning with the iPhone X which was then followed by the Essential Phone, ASUS ZenFone 5, and the next-gen Huawei P20 series, LG G7, and the upcoming OPPO R15 and R15 Plus. More images and specs were shown off the other day and now we’re seeing new teasers of the new OPPO phones with the screen cutouts.

The battle for having an almost bezel-less display is on. In order to win, the notch is preferred for a bigger screen real estate. The Oppo R15 and R15 Plus will definitely have the notch as shown off by another teaser image and video.

The Oppo R15 is a follow-up to the Oppo R11. The Chinese OEM did skip a few numbers for whatever reason. We don’t see any much difference except for the notch. The display resolution will be 2280 x 1080 pixels, still in Full HD. Instead of 18:9, there’s a 19:9 display which appears to be truly bezel-less. The phone comes with a 6.28-inch screen and the following dimensions–155.1mm height and 75.2mm width and weigh 175 grams–as listed on TENAA.

The phone is expected to be announced this March 2018 with market release in the second quarter with a price tag that reads around $460.