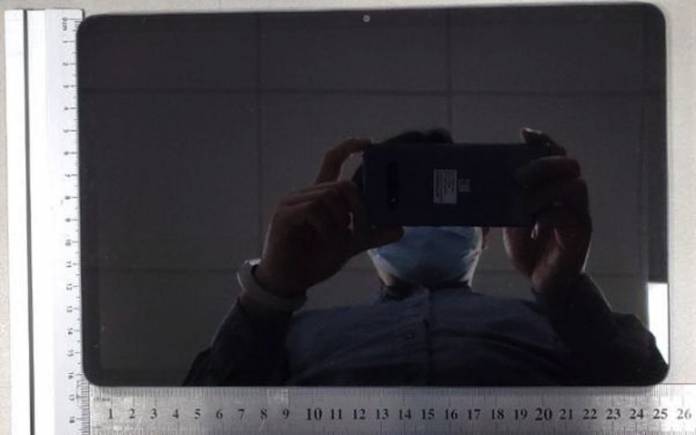 The Galaxy Tab S7 seems to be almost ready. The tablet has been sighted once again with a certification which means the launch is happening soon. A source posted an image of the tablet on Twitter, saying the device has reached the Korea Conformity Assessment System. The Galaxy Tab S7 shows up with build number SM-T875N. What’s very noticeable is the new position of the front-facing camera. Early renders presented a tablet with a selfie camera placed on one of the shorter sides.

The new photo tells us Samsung may have decided on onesignificant change. The selfie snapper may be best used in landscape position. It makes sense because that is how many people hold and use their tablets especially the larger models.

It also makes sense since the tablet can be transformed into a laptop with special keyboards. It’s been said to rival the iPad Pro so we’re assuming Samsung wants to make it as premium as possible.

The tablet is manufactured in Vietnam. This isn’t surprising because Samsung has moved some of its local factories in the country.

We’ve got plenty of information about the Samsung Galaxy Tab S7 and its Plus variant that is poised to rival the iPad Pro. Here’s what we know so far: they won’t have an in-display fingerprint sensor, device certifications have been received, and they will launch together with the Samsung Galaxy Note 20 and the Galaxy Fold 2 at the Unpacked event in August.

Image renders and a 360-degree video surfaced. The Plus model appears to be larger. It appears to be more squarish. The 12.4-inch screen is large enough to allow improved efficiency, greater productivity, and better entertainment. It also comes with a SIM card slot so we can expect 4G LTE connectivity or maybe even 5G. A mic with noise cancellation has also been mentioned before.