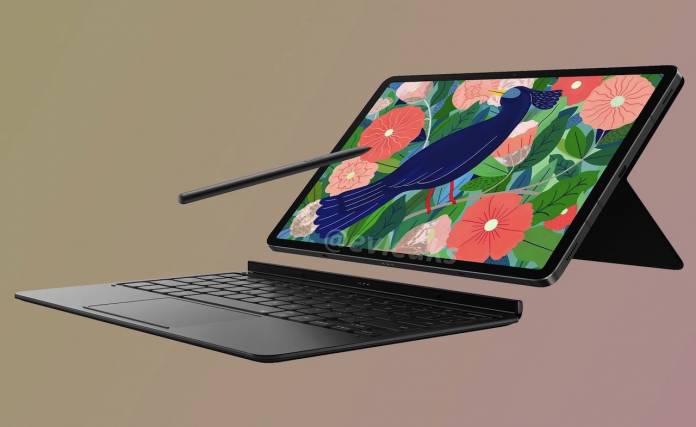 The Samsung Galaxy Tab S7 is expected to be unveiled during the virtual Galaxy Unpacked event next month. The event is set for August 5 and we’re expecting to see a slew of new flagship products starting with the Galaxy Note 20, Galaxy Fold 2, and the Galaxy Z Flip 5G. A new Android tablet may also be announced as a follow-up to the Galaxy Tab S6. The 11-inch tablet has been leaked a number of teams so it’s only a matter of waiting for the official announcement.

The Samsung Galaxy Tab S7 will be a flagship tablet. We can expect two variants: a regular Galaxy Tab S7 and the Galaxy Tab S7 Plus. They will differ in display size as the Plus variant will come with a larger 12.4-inch screen.

Specs may include the latest Snapdragon 865+ processor, 7700 and 10090 mAh batteries, 45W super-fast charging, and 5G connectivity. Expect other premium components like quad AKG-tuned speakers and AMOLED screens. Its water-resistance capability may be helpful especially since it will be considered a premium Android tablet.

The Galaxy Tab S7+ is said to rival the iPad Pro with its premium specs. The Galaxy Tab S7 will have slightly watered-down features. For one, it won’t have an in-display fingerprint scanner but it could be embedded in the power button.

The Plus model could have the ultrasonic fingerprint sensor since it will be premium. It will arrive with an S Pen and a keyboard cover as pictured above. It’s only a render but we’re imagining the tablet will look like that.