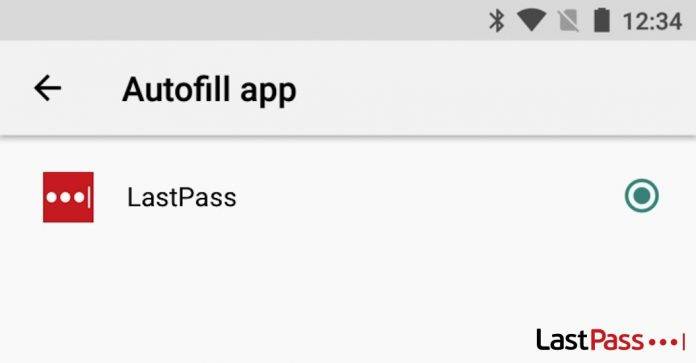 Android O is expected to be announced at the Google I/O Conference in May. We’re guessing we’ll finally learn what dessert will be served to the whole Android community even if we’re not yet done with the chewy, chunky Nougat. We already saw the Developer Preview and learned a number of new things like the ‘picture-in-picture’ mode can now be enabled, Android O Pixel Launcher is now available for 6.0.1+ devices, OS will have Sony’s Hi-Res audio technology, and more assistive and smarter features.

We’ve speculated and then noted that it is for developers only. And since 1Password already teased what Android O can bring to the service, now we’ve got LastPass showing off the next enhancement in time for Android O. The Autofill APIs will soon run on Android O phones, allowing the users to save time with autofill. The result is less typing because the device knows your history.

LastPass isn’t certain about the look yet but it will appear in Android O to make the phone more secure than ever. You can save time and energy because it knows even the longest password you have. LastPass will fill any blanks that appear on page or app as necessary. This way, you won’t have to input the answers again and again.

LastPass guarantees security and performance improvements as the new version is said to be more processor-intensive and now requires extra permissions from the users. The new Autofill APIs will soon be ready for most Android apps so watch our for the official release.