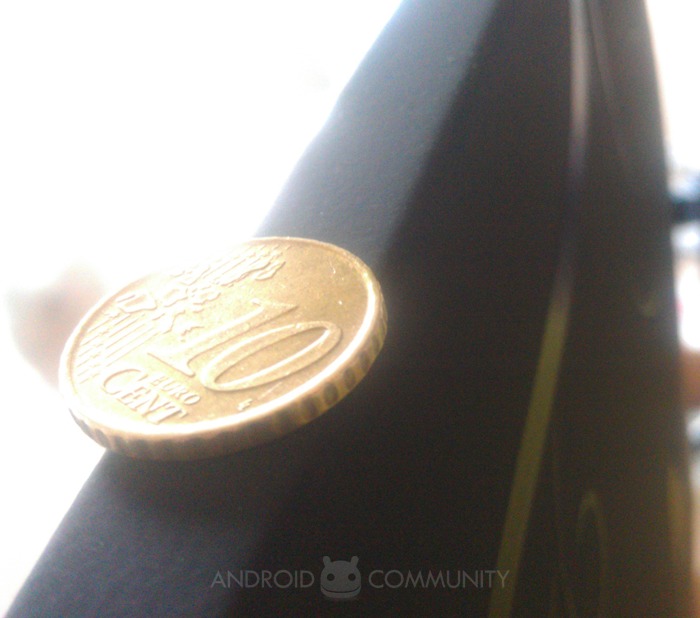 Well this is odd, to say the least. We’ve been passed some relatively blurry photos of what our super secret source is telling us is called the Kyocera “Katsura.” Our source preferred to remain anonymous but didn’t mind being called “our man in Eastern Europe.” He wouldn’t say where he was living, or where the photos were taken, but we’ve got to assume it’s within a few fathoms of Kyoto Japan, since that’s where Kyocera is based, yet still in an area where Euros are used, as a 10p Euro coin is pictured in one of the photos.

The only information that was passed to us from this, again, very anonymous and not-yet-credible source is that this is a “gaming tablet” made to come out soon to fill in a supposed market gap created by the Sony Ericsson Xperia PLAY, also soon to be out around the world. We do not know which version of Android it will be running, and we do not know the exact size, though from the photos it appears to be slightly shorter and a lot longer than the Motorola XOOM tablet. 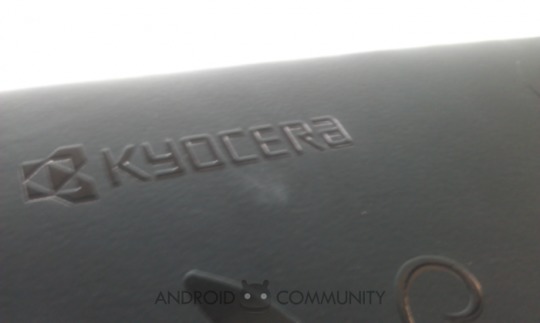 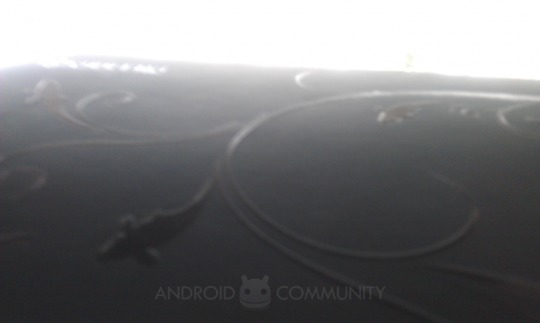 The back appears to have similar / the same materials in play as the XOOM, an almost rubbery matte-black plastic with what almost seems to be a gloss (or shiny plastic, more than likely,) overlay of leaves or fishes along with the Kyocera logo. How in the world this will work as a gaming tablet, we do not know. 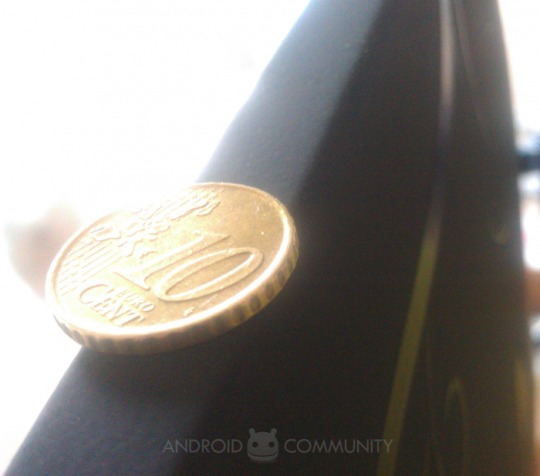 What an oddity! This would mark another big attempt to take a slice out of the Android pie right alongside the equally odd Kyocera Echo that’ll be coming out on Sprint quite soon – have a peek at a video of Kyocera’s booth at CTIA 2011 here, the full post of which is [here], then also don’t forget our video of the Echo’s [startup sequence] and our lovely [hands-on] with the device as well!

NOTE: bonus – “Katsura” is apparently one of three trees that are “city symbols” for the city of Kyoto. Kyocera is not only based in Kyoto, their name is derived from its name: Kyoto Ceramics = Kyocera.