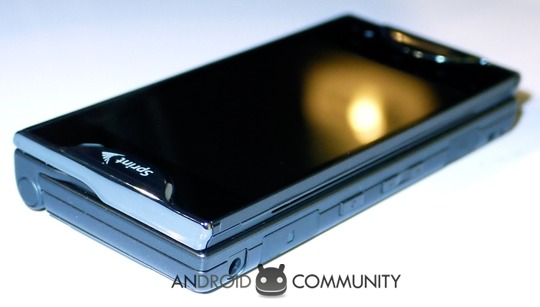 It’s one of the oddest devices you’re ever going to hold in your hands, and that’s not just in the Android gene pool. This is the Kyocera Echo, the dual-screen Android smartphone announced by Sprint earlier this year with David Blaine the magician. Certainly a memorable event to say the least. This device is made to appeal to your need to have a device that absolutely noone else has, a device that would scare away the meek of heart, a device like you’ve never seen before! We’ve wrapped our fingers around its odd panels and buttons and the results are just as odd as the concept.

This is a heavy phone. Not as heavy as the two screens might make it seem when you’re considering you’re holding two phone’s worth of display real-estate, but this is no Nexus S (which, incidentally, Sprint will also be carrying soon.) This wont be the first or last time I say this: this is a phone that consumers will be purchasing and deciding on keeping based on the two screen functionality. I’d wager this phone to quickly become a love/hate situation creator through its whole lifespan.

I won’t go into the software / processor bits in this hands-on post very far as there’s no finality to that end of the phone quite yet, but the dual screen aspect of this phone is definitely, definitely, for certain, inescapable to the point of feeling odd while the device is closed. That said, a two screen Android device remains to me to be an exciting prospect here, even before I’m able to speak on how it’s utilized by apps and such. 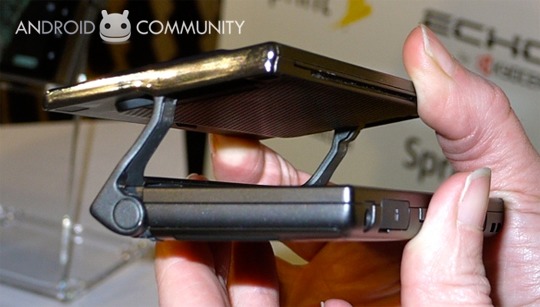 While there are hinges on a number of phones coming out right now, and hinges have been a part of cell phones since cell phones populated this earth, but this is a hinge between two displays. This is a unique hinge in that it’s not just pushing the head screen upward and outward, it’s giving you the ability to hold that screen up in several positions. You’re able to have the screen down in single-screen position, halfway up in a laptop mode (both screens visible, the top angled down at approximately a 45 degree angle,) and flat out so both screens are on the same plane. While in that last position, there’s an odd looseness in the top screen that goes on, a spring holding it down in place, that tells us this device is really meant to be held in landscape mode for every configuration except single-screen mode. If not, it really ought to be held down tighter. 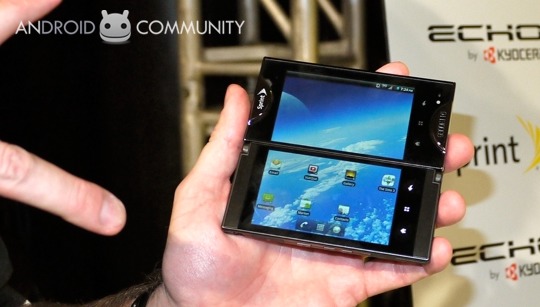 If you’ve ever used a Nintendo DS, you know the coolness inherent in having two screens running the same app, utilizing two separate planes for the same app or game – it’s definitely got potential. However, setting the screen down to the “tablet” configuration makes us hope for a larger screen that the gap between displays here sort of throws a wrench into. We’re nowhere near ready to toss the towel in on this device just yet, don’t get me wrong, but I and we are hoping for some dedicated apps to make full use of the crack, not dismissing the fact that it’s there.

I am personally really excited to get this device in my hands for us here on Android Community to review because it’s totally unique. It’s an oddity to be sure, and one that has a good opportunity to expand the Android landscape in a way that’s extremely volatile. This device could bomb hard if it’s not embraced by developers hoping to utilize the dual screen, and Sprint / Kyocera know this for sure, but it could also be a very big deal in that it’ll be the first dual-screen Android device that’s really being pushed to the North American market on a mobile carrier.