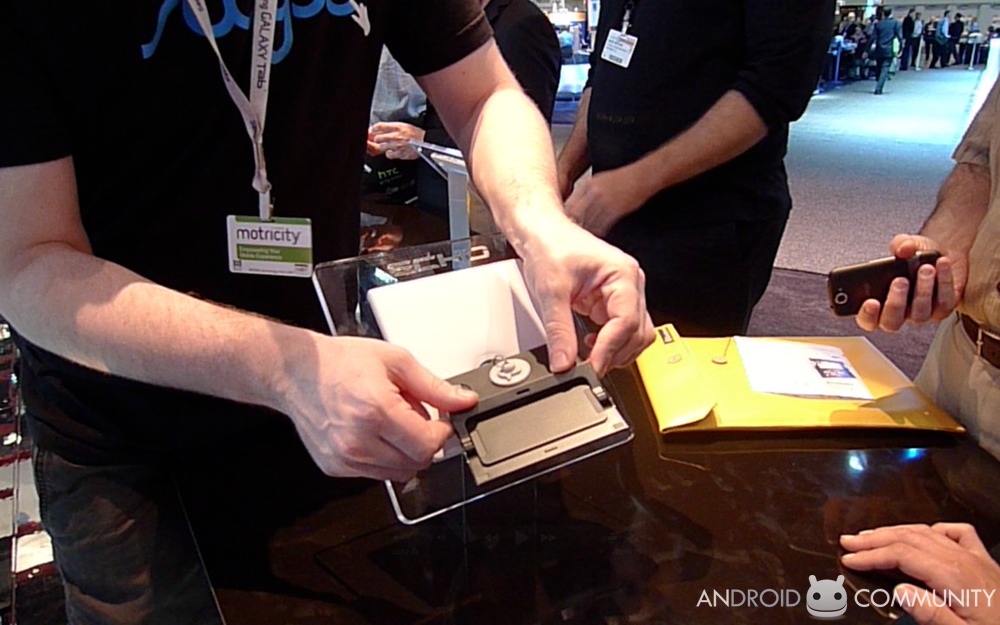 Let’s talk for a moment about the Kyocera Echo that’ll be carried by Sprint in the very near future. Since you’ve more than likely seen this phone before, and you’ll certainly seen it explained at great length again by yours truly when a review model becomes available, I thought we’d take a little bit of a non-traditional approach to this situation by filming from the perspective of someone being presented this device at CTIA 2011.

You may already be aware, if you read Reddit, that there was a gigantic Kyocera Android dancing around in front of the Kyocera booth for hours and hours on end. Was it silly? Yes! Was it odd? Yes! Was it a “booth babe?” It may very well have been! But it wasn’t trying to trick us into paying attention in the same way at a “babe” would. This character was funny and it was very well designed and put together. Because of this dancer, we approached the Kyocera booth the same way we’ll be approaching the Echo handset – a little confused, but mostly enthusiastic.

As a bonus, you’ll also hear a bunch of words on how the Kyocera Echo will be functioning in your hands. This is a unique device running on Android that doesn’t pretend to be the fastest or the strongest, instead promising to have two screens and innovate by showing what’s possible when you’ve got more than one display running the same mobile OS. Take a look at what we’re in store for, and get your double-touches ready to go!