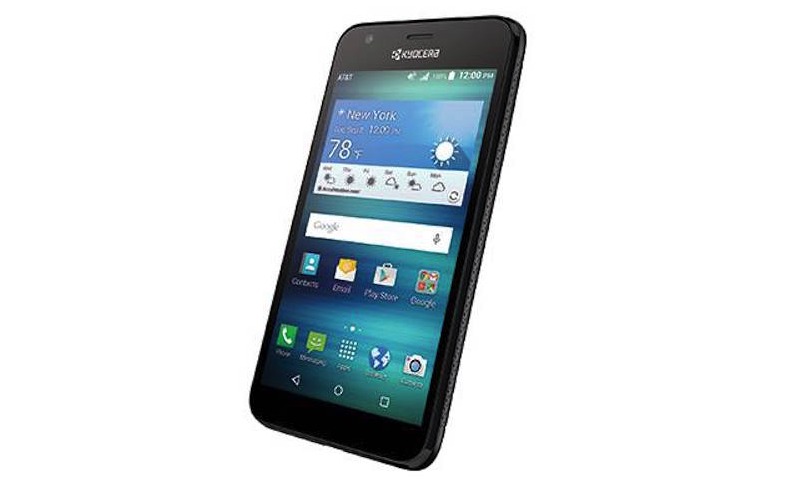 Here’s another smartphone from Kyocera: the Hydro AIR. This one is a waterproof phone that packs a big display and is able to resist harsh elements just like DuraForce XD we featured a while ago. It’s not as tough as that one but the Hydro Air is durable for a device within its price point.

The Hydro AIR joins the brand’s successful Hydro series. In the past, we’ve seen the Hydro WAVE, Hydro ELITE, Hydro PLUS, Hydro VIBE,Hydro Icon, and the Hydro Icon 4G LTE. The last waterproof phone we’ve seen was the Hydro WAVE back in July.

The new Hydro AIR is perfect for those who are always beside the pool or the beach–or simply those water babies who love the water. Phone is IP57-certified so it can last underwater up to one meter for up to 30 minutes. It’s waterproof but you can’t really operate the phone under water. It can be splashed on by water accidentally and it will survive. Just make sure you dry the phone out before use.

Android 5.1 Lollipop-powered smartphone features a 5-inch qHD display impact resistant screen, 960 x 540 pixel resolution, 5MP rear-facing camera with digital zoom and flash, 2MP front-facing cam, 1.2GHz Quad-core Qualcomm Snapdragon 410 processor, 8GB built-in storage, 1GB RAM, 4G LTE connectivity, and a 2300mAh battery. Phone is currently available from AT&T at Walmart online. You can get the prepaid version for only $99 but you can also get it with a two-year contract and for an additional monthly fee.