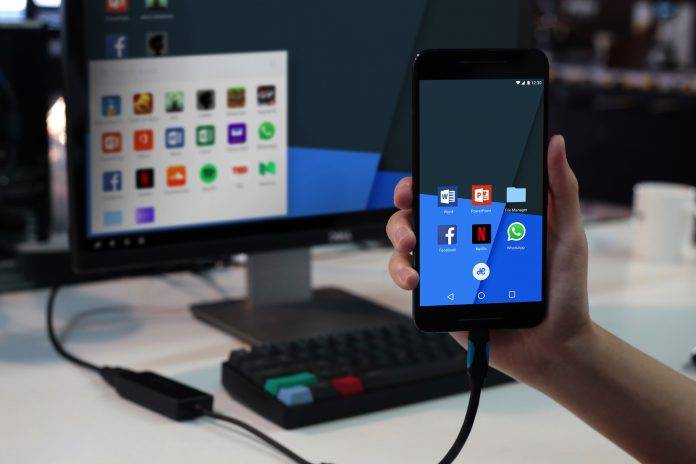 Jide is the name to trust when you want to bring the Android experience to other devices like say, a new tablet or all-in-one PC. It’s been over two years since the company released the Remix Ultra Tablet. It was then followed up by a Mini Android PC version and another one for Nexus 10 tablets. A Mac version was also released followed by more.

We haven’t heard anything from Jide since November last year when an upgraded Remix IO+ was launched over at Kickstarter. This time, Jide wants to focus on the Remix OS for Mobile. This new project will soon allow Android users to bring the mobile experience to a bigger display. The result is Android PC functionality on a monitor. Simply put, it’s Android running on your desktop or laptop.

This isn’t a new idea but the Remix OS for Mobile has more exciting features for the consumers. The Remix Singularity is the main attraction as it lets users connect their phone to monitors. Plug in a mouse and keyboard and start the ultimate Android computing experience.

Remix OS for Mobile isn’t final yet. It’s still under development but we can tell you now that you can use the device as usual even when it is already connected to the computer. The dev team has also assured us that it will be close to stock Android as much as possible. We’ll let you know once this program is ready.