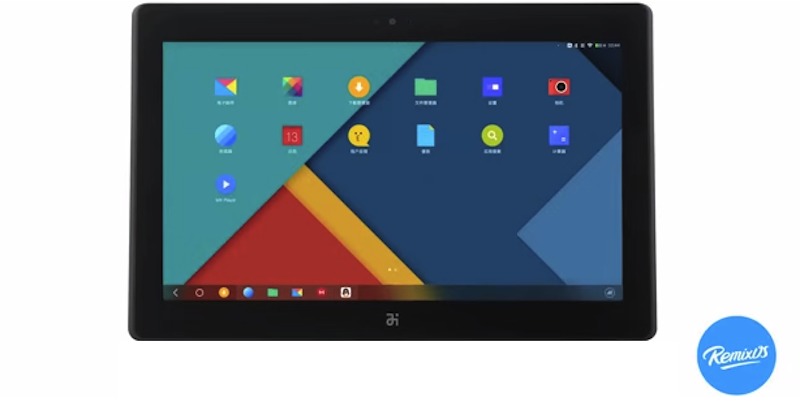 We know Remix OS to run on Jide Remix tablets but last April, the company decided to bring the custom mobile OS to Nexus 10 and Nexus 9 tablets as well. The newly announced Remix Mini will also run Remix OS when the Android PC is ready later this year. If you’re not yet familiar with the custom version, Remix OS shows off a customized home screen, notification ares, and a taskbar. It also features multiple app support so more apps can run in windows among others.

Remix OS features a customized home screen, a taskbar, and smarter notification areas.  This version here is already based on Android 5.0 Lollipop because the older version was first based on Android 4.4 KitKat.

The Remix OS is different from the standard Android platform in many ways. This one can run any app from the Play Store but the difference is you can choose to run it in full-screen or phone mode. That’s something you can’t do in a basic Android version running on your tablet. Obviously in phone mode, you can view the app in portrait orientation or in smaller screens. The idea is to run several apps and showing them in your homescreen simultaneously to allow a more efficient multi-tasking. Apps are not just running in the background but you can actually see and use them on the screen.

As expected, the Remix OS 1.5 also include some enhancements like upport for copy/paste/search in email and browser apps, viewing notification by swiping down, closing apps on the taskbar by dragging them while running. Instead of heavy Material Design, the Remix OS looks Windows Metro-inspired.